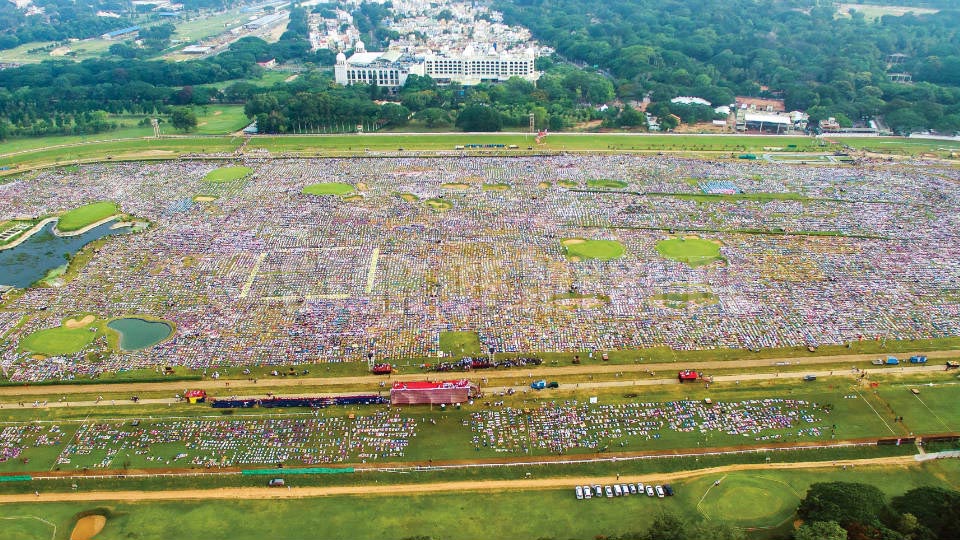 Mysuru: The magic numbers ‘54,101’ will fill with pride and swell the chest of each and every participant at the 3rd International Day of Yoga, in the magnificent surroundings of Mysore Race Course at the foot of Chamundi Hill. It will also answer the question — Will Mysuru race to break the Guinness World Record?

After the United Nations unanimously declared an International Day for Yoga, the record was set at New Delhi in the first year itself in 2015 when 35,985 people performed yoga at Rajpath and Prime Minister Narendra Modi himself led the performance for 35 minutes.

The efforts of the District Administration led by Deputy Commissioner D. Randeep and his dedicated team working hard, planning and putting into place every minute detail to break this record seems to have paid off.

It was literally a dream come true as Mysuru responded to the call to etch its name in the Guinness World Record trying to beat the one set in Delhi. The enthusiasm, the commitment, the zeal of the organisers seemed to have rubbed off on the yoga enthusiasts as they started gathering at the venue as early as 4.30 am.

The whole area was floodlit at that hour and there was a glow and a halo around the 139.30 acres sprawling Race Course. As the dawn approached the sun rays started filtering through the many trees and spreading its light all round the venue. The cool breeze blowing added to the ethereal atmosphere of the day. People started arriving in full yoga gear carrying yoga mats, jamkhanas, towels as it was a pre-condition to create the record. There were seven gates in all and by 6 am the crowd started swelling at entry gates. Anywhere between 1000 to 1500 yoga enthusiasts were seen at each of the six gates while Gate-7, exclusively reserved for VIPs, saw them entering slowly.

READ ALSO  Kannur Airport a boon for Gulf flyers from Mysuru and Kodagu?

Each and every one was given bar-coded ticket as they entered. It was a joyful sight to see the school children as well as the senior citizens entering the venue with great zeal.

By 6.30 am, the practise session had begun with breathing exercises. After the beating of Nagari (drums) by District in-charge Minister Dr. H.C. Mahadevappa and the speeches by the chief guests, the three yoga instructors Nagabushan, Kalaji and Raghunath led the demonstration as 19 asanas and pranayama were performed for about 40 minutes.

Before the start of yoga demonstration, MP Pratap Simha read out the oath related to clean city. He read out about the promise to segregate wet and dry waste and putting the wet waste in green bins and dry waste in blue bins.

As the Guinness record demanded a steward for every 50 participant, there were 1,258 stewards, 2,000 volunteers including students from Sports Hostel and 170 yoga instructors. B.P. Murthy read out the oath (Sankalpa) and Dr. Ganesh Kumar blew the conch, sounding the beginning of the record-breaking attempt. The NCC cadets were also seen sitting in the area marked for them. Students from Morarji Desai Residential School and Kittur Rani Chenamma School in and around Mysuru also participated. 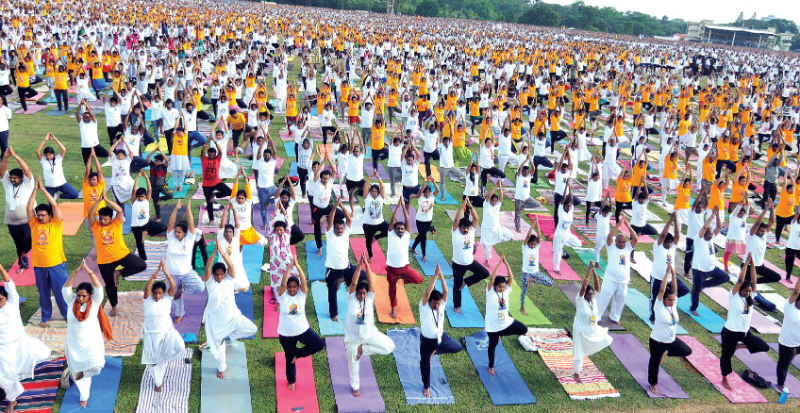 After the asanas, the Pranayama, Dhyana (meditation) and Sankalpa lasted for about 17 to 18 minutes. The Pranayama included Kapala Bati, Nadishoda Pranayama, Sheetali Pranayama, Brahmini Pranayama, followed by Dhyana.

Minister Dr. Mahadevappa said, “It is indeed a very proud and heartening moment to see such a mass of humanity at one place. Yoga should be a part of everyone’s life to keep the body and mind alert all the time.”

Union Minister D.V. Sadananda Gowda said, “Prime Minister Narendra Modi was instrumental in taking yoga to the world stage after the United Nations declared the International Day of Yoga. Nearly 175 nations supported and now it has swelled to 192 nations who are participating on this day.”

The scion of the royal family Yaduveer Krishnadatta Chamaraja Wadiyar said, “I am very happy to be a part of this record-breaking attempt and hope that with this we will be on the international map.” 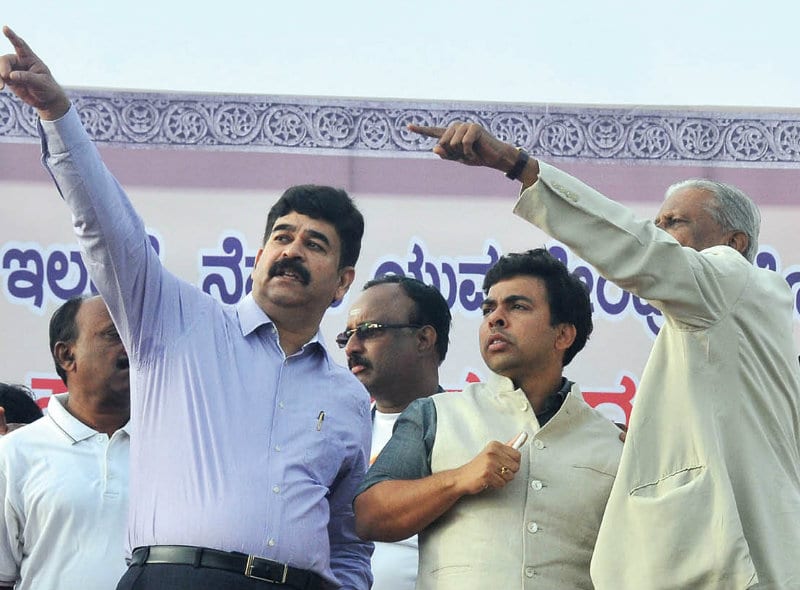 DC Randeep said, “The one-month-long effort has finally paid off. When we started planning we wanted to do it in Mysore Palace, which could accommodate about 15,000 to 20,000 people.  But with the encouragement from the team we started dreaming big. This propelled us to think of shifting the venue if we had to break the record. Hence, the Mysore Race Course was chosen that could accommodate even 75,000 people. We have realised our dream and with the record of 54,101 people, I am confident of setting the Guinness record.” 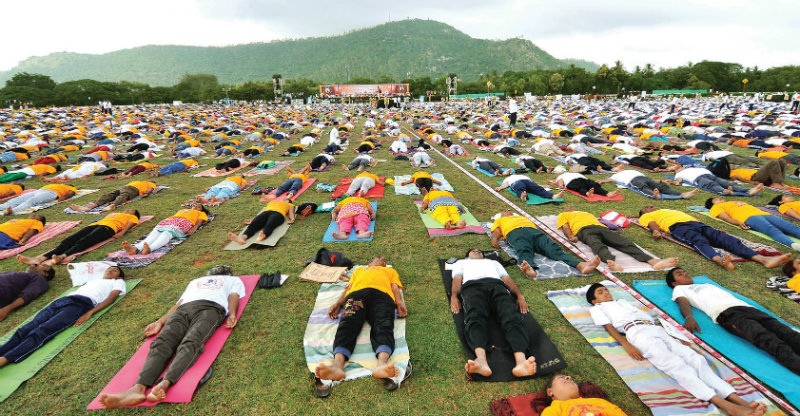 Asked about spending Rs. 50 lakh, he said, “This money is truly well spent and once we set the record, it will put Mysuru on the international map. This in turn will boost tourism, which will become a revenue earner.” Even Union Minister Sadananda Gowda echoing Randeep’s sentiments said, “It is not the question of spending Rs. 50 lakh but one has to look at the health benefits. Yoga is all about wellness that our Prime Minister has emphasised and Mysuru setting the trend is most welcome.”