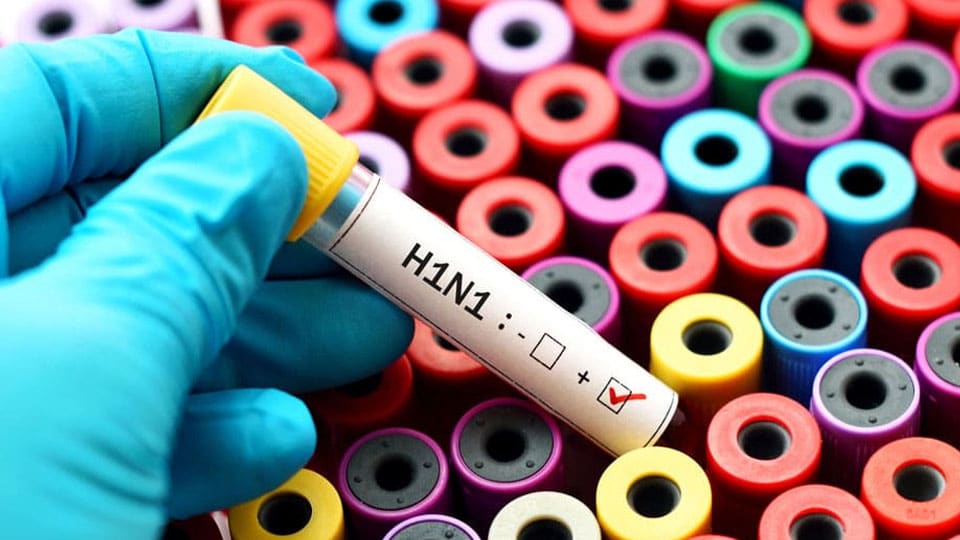 94 cases of H1N1 detected from January to March this year

Mysuru:  Swine Flu (H1N1) has entered Mysuru District and as of March from January 2019, out of 318 patients tested it is confirmed in 94. People need not panic as a good precautionary measure can check the disease.

During 2018, 612 patients were tested for H1N1 and 93 proved positive. This proves the gravity of situation this year with 94 positive cases out of 318 in just three months.

Giving the figures, the District Surveillance Cell of the Department of Health and Family Welfare says that there are no fatal cases as of now. Hospitals have been asked to take extra care of patients suffering from influenza.

Speaking to Star of Mysore,  District Health Officer (DHO)  Dr. R. Venkatesh said that the infection was more in city than in rural areas. He further said that the treatment for H1N1 is free in Government hospitals.

“All taluk hospitals and Community Health Centres have been sufficient stock of necessary medicines to treat H1N1. Even a simple cough and cold should not be neglected. Private hospitals have been instructed to send the patients to Government hospital. The sputum samples of affected patients will also be sent to Manipal Hospital for confirmation. People can call me on my Mob: 94481-08198 for any clarification. People with symptoms of H1N1 should not spit in public places and should cover their mouth while coughing or sneezing. Wearing a mask is still better,” explained the DHO.

What is H1N1: It is a contagious disease spread by the influenza virus which affects the lungs and spreads through coughing and sneezing.