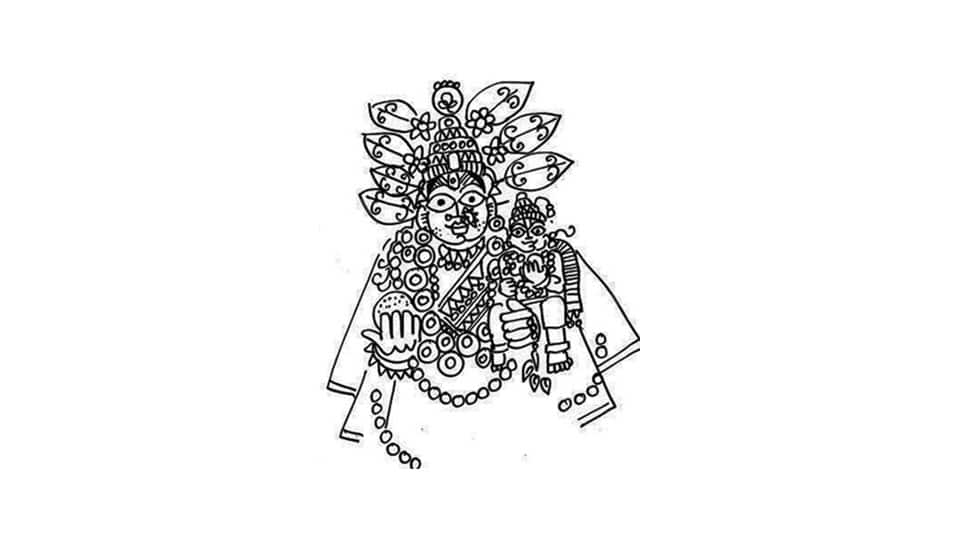 A Brief History of Goddess Worship

Harappan civilisation, which thrived over 4,000 years ago, had seals of as-yet-unidentified Goddesses emerging from trees and Goddesses riding tigers. Vedic religion that thrived 3,000 years ago, however, was primarily a masculine religion dominated by worship of Indra, Varuna, Agni and Soma, even Prajapati. Goddesses play a generally minor role, but are present in the form of speech (Vac), twilight (Ushas), forests (Aranyani), earth (Prithvi), prosperity (Shri) and even power (Durga). Veda is all hymns, not quite description of images, more like poetry evoking personified concepts.

In Jaimini Brahmana, which is Vedic, there is fearsome sexual Goddess who is said to be a forerunner of the later Goddess Kali, but the first time we come upon a very clear familiar Goddess of war is in the 2,000-year-old Tamil literature, which speaks of the Goddess, Kotravayi, very similar to Kali, or her more grotesque manifestation of Chamunda, linked to ghosts and death.

There were perhaps village Goddesses, embodiment of the settlement, worshipped as a rock, now worshipped as grama-devis or clan-Goddesses or kula-devis in ancient matriarchal clans where there was no concept of fatherhood, but we cannot determine when this practice originated. We know them only after they were included in classic Puranic pantheon 1,500 years ago, in the Gupta period.

Buddhist stupas of this time have clear images of Sree Lakshmi who is common to Buddhists, Jains and Hindus. The earliest probable image of Saraswati is from a Jain temple, where we have a Goddess holding a book. The clear sign of the first Hindu Goddess is the presence of multiple arms wrestling bulls or buffaloes, which is found in Kushan images, roughly 1,800 years ago. Gupta period coins introduce us to lion writing Goddesses, linked by art historians to the Mesopotamian Ishtar or Persian Nana, Goddess of love and war.

The texts come later. There is reference to Goddesses in Mahabharata and Ramayana, but she is fully described in all her glory Devi Mahatmya of the Markandeya Purana, dated to the 7th century. Images of Shiva appeared in cave art with Ganga on his head, Gauri on his lap, or had Kali dancing on his chest. Vishnu had Lakshmi and Saraswati on either side in Pala art of the 9th century. Durga rode to battle on a lion. For symmetry, the idea of three male Gods and three female Goddesses, was complete before 1,000 AD.

The rise of the Goddess happens as kings extend their power beyond highways and river valleys to include forest tribes who had clan Goddesses. Every Rajput king who emerged after 1,300 AD needed a Goddess to legitimise his claim — she received the blood of his enemies and made him king. Marathas were associated with Durga Bhavani of Tuljapur and Kolhapur; kings of Odisha with Biraja Devi; kings of Kulu Manali with the Hidimba temple; kings of Mysore with Chamunda Devi; kings of Nepal with Teluja. This made the Goddess very popular. The Bengal Durga Puja festival became popular about 200-300 years ago as per historians.

These were private ceremonies held at houses of landlords to bring the village together. However, they became a public ceremony, following the Battle of Plassey, where the local Bengal elite would invite the new rulers of the land, the officers of the British East India company.