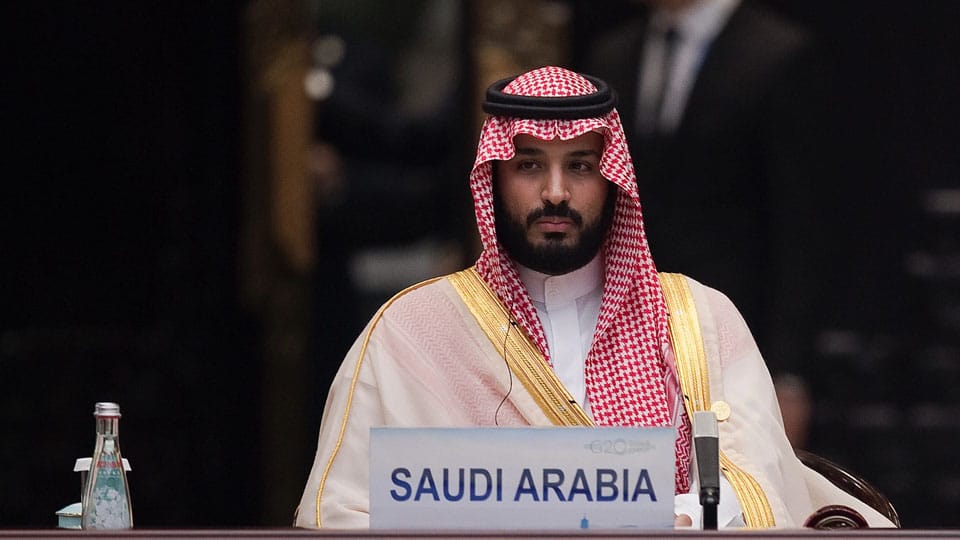 A crown Prince warns the world

Saudi Arabia’s attempts to play innocent in the murder of US-based Saudi journalist Jamal Khashoggi flopped from the start. Even Saudi supporter Donald Trump initially expressed dismay and called for “severe punishment” if Khashoggi was killed. In turn Saudi Arabia’s effective ruler Mohammad bin Salman (MbS) threatened to “respond to any action with a bigger one.”

Threats will not erase the damage already suffered by MbS and his country. Revulsion across the world at Khashoggi’s disappearance in the Saudi Consulate in Istanbul led to protests by a number of independent agencies. A prestige MbS project, Vision 2030, suddenly saw many of its sponsors pulling out, among them World Bank, New York Times, Financial Times, The Economist, CNN, LA Times, Huffington Post, Viacom, JP Morgan, Ford. The Economist rubbed it in by underlining MbS’ “brutish handling of even mild critics” and saying that his regime has started “to resemble an Arab nationalist dictatorship.”

According to officials in Turkey, Khashoggi was done in by a 15-man Saudi squad, his body cut up and disposed of. The world believed the horror story because it fitted into the profile the Saudi power-wielder had acquired in just a couple of years. A liberal gesture here and there — like allowing women to drive cars in the country — did not hide the dictatorial streak in him. Quite a few fellow royals and business leaders have been imprisoned. Some have fled. Dozens of activists and writers have been arrested and tortured.

The war in Yemen, a one-man decision by him, is still going on, described by the UN as “the world’s worst humanitarian crisis.” Equally clumsy was the blunder of trying to boycott Qatar simply because it wouldn’t declare Iran as an enemy. The biggest show of arrogance was the “arrest” of Lebanon’s Prime Minister on a visit to Jeddah in 2017. That was part of MbS’ idea of keeping Lebanon under his control.

READ ALSO  Listen to Electron and his brothers

When a German Minister referred to Saudi war in Yemen as “adventurism,” MbS went into a rage, recalled the Ambassador to Berlin and closed down German trade deals with Saudis. The loss of business forced Germany to go down on its knees. When Canada’s Foreign Minister tweeted for the release of human rights activists in Saudi Arabia, the Canadian Ambassador was expelled, Saudi flights to Canada were shut down and Saudi students in Canada were asked to return.

This kind of over-reaction raised the question whether MbS, even as he sits on a powerful throne, is suffering from an insecurity complex. Perhaps he is haunted by the fact that he is an out-of-turn promotee in the royal hierarchy. Perhaps he is also bothered by the thought that the notion of “royalty” itself belongs to the past, especially after the Arab Spring saw anti-government uprisings and armed rebellions across West Asia in 2011.

The Saudi royal family was not royal to begin with. Founder Ibn Saud was a tribal Sheikh who was driven out of his home base in the Riyadh area of the peninsula in 1890. It took him a decade of fighting to subdue the tribes around his lost territory and another decade to consolidate his position. He turned out to be a master of political intrigue. He struck deals with the British, a prominent presence in the area at the time, and entered into an agreement with the fundamentalist religious doctrine of Wahabism thereby gaining a powerful, if controversial, pillar of support and a leadership position in the propagation of Islam.

READ ALSO  The Best and the Worst on Show

Ibn Saud was considered an affable man with an undisguised talent to enjoy life. He visited India in 1955 and won a lot of hearts by distributing bundles of currency notes to passers-by. He had a famous meeting with US President Roosevelt on an American warship near the Mediterranean. The King went on-board with not only body-guards, cooks and slaves but also astrologers, a fortune-teller and some sheep. He told a British official rather light-heartedly that he had “married no fewer than 135 virgins.” He had 43 acknowledged sons and 55 daughters. People liked him.

People don’t seem to like Mohammed bin Salman. His tendency to be a law unto himself marked him out as a leader other countries were cautious about. Khashoggi’s disappearance merely brought out the world’s reservations about him in sharper focus. Saudi authorities have been busy with inquiries which no doubt will absolve them of any responsibility in the murder. But the world is unlikely to be impressed. MbS has lost more than he has gained.