Home » Columns » And now, be ready to get smashed 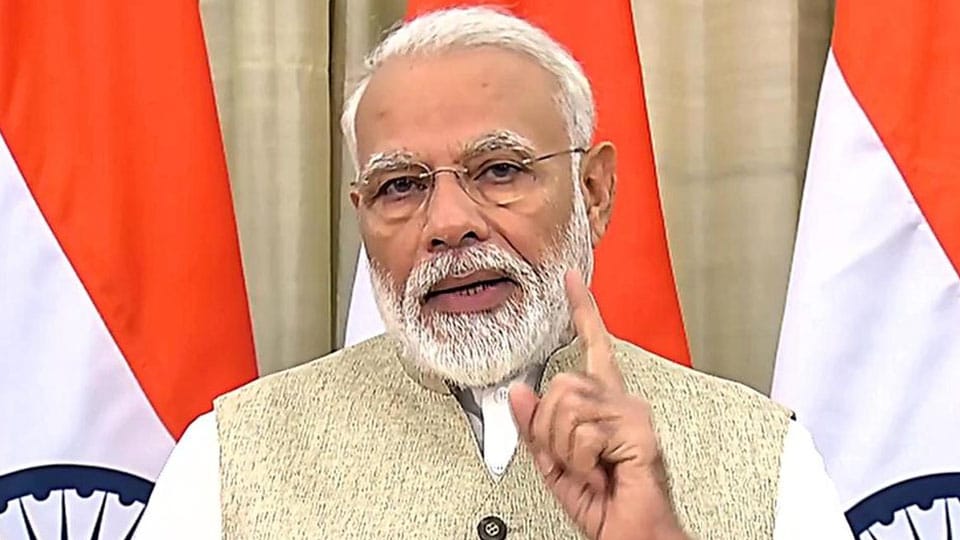 And now, be ready to get smashed

The noose is tightening around the freedoms that have kept India going. The Right to Information Act, as the very name suggests, was a pillar of democracy. It has now been abridged with an amendment. Another amendment, passed against strong protests from the Opposition, allows the Government to declare any citizen a terrorist. Arbitrary powers are being re-defined, tightened and legalised with an earnestness that is unsettling. Leading the drive, the Home Minister uses a language that is unusual in Parliamentary history. His use of terror tactics to terrorise the terrorists is adding to the gathering worries of citizens.

The general atmosphere is so bad that even corporate chieftains are forced to speak out. Generally, they are a reticent lot. Even when they went public, they usually confined themselves to business-related issues. The articulate Rahul Bajaj was a leading example. But a few days ago Adi Godrej spoke in a different tone. He weighed his words and spoke in measured tones. But he spoke. After congratulating the Prime Minister on his recently proclaimed grand vision of India as a $5 trillion economy, Godrej said: “With the growth vision and dreams firing away, it is not all a rosy picture. Impoverishment still massively plagues our nation. Rising intolerance, social instability, hate crimes, violence against women, moral policing, caste and religion-based violence and many other sorts of intolerance are rampant across the country.”

Adi Godrej was not speaking for just himself. He was reflecting the general opinion of India Inc. This was underlined by Biocon chief Kiran Mazumdar Shaw’s instant response, “Well Spoken.” It is clear that business leaders just as much as other segments of the population are concerned about tendencies that have gained ground in India in the last five-six years. The widespread nature of this concern was highlighted again last week when 49 eminent people such as Shyam Benegal, Aparna Sen, Mani Ratnam and Binayak Sen wrote to the Prime Minister and said, among other things; “You have criticised lynchings Mr Prime Minister, but that is not enough. What action has actually been taken?… The use of Jai Sri Ram as a war cry leads to law and order problems. You must put a stop to the name of Ram being defiled in this manner.” The letter made the crucial point: “No ruling party is synonymous with the country. Hence anti-government stands cannot be equated with anti-national sentiments.” The day the letter was released, Amit Shah’s Ministry told Parliament that communal violence was declining.

From lynchings to definitions of anti-nationalism, intolerance has been the identifying mark of the Government. Political parties have drawn attention to this. Public intellectuals have written about it. Student agitations in once-reputed universities such as JNU, Benares Hindu University and the University of Hyderabad have borne witness to it. Now corporate leaders have come out echoing the same concerns.

They have sufficient reasons even from the point of view of business. The wounds inflicted by the financial wizard Arun Jaitley were deep enough, thanks to such brainwaves as GST and demonetisation. In the first 50 days of Modi’s second innings, the share market registered a loss of 11.7 lakh crore. Out of Bombay’s 2,664 listed companies, 2,294 saw their shares going down. Unemployment is at 6.1 percent, a four-decade high. There is also concern beyond strictly business terms. As one corporate leader put it, “There is an impression that anyone who speaks against the Government will have to contend with a CBI inquiry or an I-T raid.”

Now, they can also be called terrorist with a whole lot of consequences. The amendment passed last week to the Unlawful Activities (Prevention) Act empowers the Government to use the language of Amit Shah, the sutradhar of post-truth nationalism, to “smash” anyone declared a terrorist or Urban Maoist. He no doubt prefers smashing rather than slower procedures such as I-T raids. Last year they tried to smash Amnesty International, respected around the world and currently headed in India by Aakar Patel, one of the clearest and most sober voices in the country’s public space. An ignorant BJP neta described Amnesty as a criminal organisation.

This is an India the world will scoff at no matter how many world leaders are hugged by our travelling Prime Minister. This India proves Plato’s words: “Democracy gives opportunities for demagogues to rise. Demagogues work by rousing the emotions of one group against others.”