Home » Columns » Haksar Files. What About Others ? 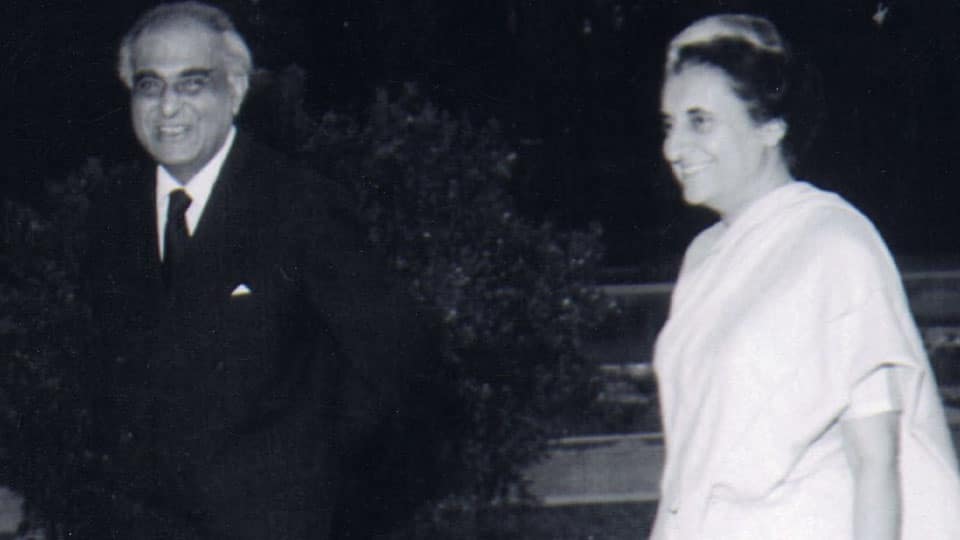 Haksar Files. What About Others ?

History lies hidden in government files. Hidden because, while modern democracies declassify records after a reasonably brief period of time, India sits on them, sometimes for ever. Occasionally, a gold mine of files falls into the hands of a creative mind and we see a glittering universe of information opening up in front of us. That is what has happened in Intertwined Lives: P.N. Haksar and Indira Gandhi. It must be author Jairam Ramesh’s connections in Delhi as a member of that rare species, the thinking politician, that led him to the gold mine of unpublished manuscripts, official memos, letters, notes and other archival material related to P.N. Haksar. Let providence be praised.

Don’t be put off by the dull and uninviting cover of this big book because, inside, every page bristles with valuable historical information. It’s like Haksar has collaborated with Ramesh to publish this vital book. Although his name appears as the author of the book, Ramesh has chosen for the most part to stay in the background, like the director of a play, invisible. At best he can be called the editor of the material in his hands.

Why has the other collaborator remained relatively unknown all these years despite being, as these pages reveal, one of the shapers of India in the class of Jawaharlal Nehru? (An obituary writer called him the “last of the Nehruvians”). Because he was a civil servant? Because, as he once said, “I lack  the strong ego to follow the footsteps of my very dear friend B.K. Nehru” and write an autobiography?

Haksar’s contributions outweigh those of his very dear friends. Indira Gandhi picked him, an old family friend, soon after she became Prime Minister in 1967 and he stayed with her till 1973. Those were tumultuous years with Haksar’s imprint on them. His memo on the Congress Party enabled Indira to assume supremacy over her rivals with the famous Congress split of 1969. It was Haksar, once a Communist and always a socialist, who masterminded such policy decisions as the abolition of privy purses, the nationalisation of banks, of coal, of oil refineries and of general insurance. He also played a central role in the development of relations with Iran, Bangladesh and China.

It is clear that Indira Gandhi’s best years were the years when she trusted Haksar and implemented his ideas. Debates will continue on the socialism of the public sector policy she followed, but no one can deny that those years moulded India and gave it a mindset that survives to this day.

The main reason, perhaps, was that he was not always acting as a Marxist or socialist. He was a universalist, speaking English, Hindi, Urdu and Persian and a bit of Bengali, French and German as well. He was a scholar and connoisseur of art. He was ready to put human values above ideologies. When Pather Panchali was initially banned from screening abroad because it showed up Indian poverty, Haksar complained to Nehru and liberated Satyajit Ray. Ritwik Ghatak was chosen for Padma Shri in 1970 but the Home Ministry wanted to cancel it after the irrepressible Ghatak made some nasty remarks about Mahatma Gandhi. Haksar wrote in the file: “Human history is full of examples of artists of genius living in destitution and penury because they cannot compromise their art with the vulgarity of public taste… Shri Ghatak alternates between moments of sanity and long periods of insanity… Can anyone say that Shri Ghatak’s words have diminished in any way the stature of the person against who he used such atrocious language?… If a man says something which he knoweth not, God forgive him, but man, his creature, cannot”.

Haksar also played a formative role in science and research by putting men like Satish Dhawan, Homi Sethna and M.S. Swaminathan in leadership positions. He himself became, after he left Indira, Deputy Chairman of the Planning Commission and the first Chancellor of the Jawaharlal Nehru University. Splendid institution-building by a splendid visionary who laid some of India’s foundation stones.

He died a disillusioned man. That phase began when he showed the courage to advise Indira against her profligate son Sanjay. Indira turned out to be all mother while Haksar was all common sense, all patriot. Indira paid for her mistake. History applauded Haksar. The thought lingers: If these files have thrown so much light on so many big issues, what about the files by/on other Prime Ministerial alter egos — M.O. Mathai, Kanti Desai, R.K. Dhawan, Quattrocchi, Chandraswamy, Brajesh Mishra? Gold mines waiting for the attention of thinking politicians.

Point of View T.J.S. George
The Doll House: Why you must visit Jaganmohanam at Jaganmohan Palace this year
Entries invited for Balashri, Yuvashri, Sadhanashri Awards