Home » Columns » The bugles are calling for war 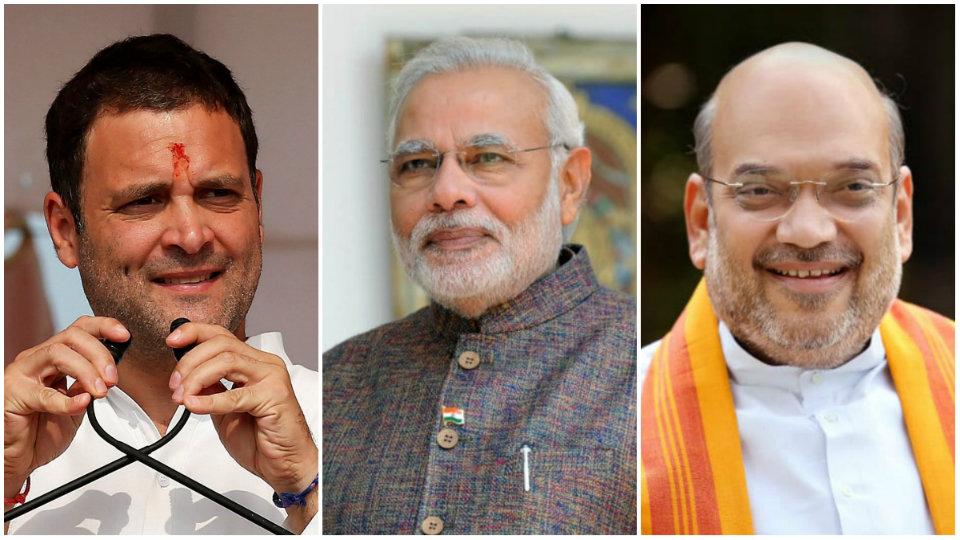 The bugles are calling for war

The big question is finally being addressed: Who will be the Opposition’s Prime Minister candidate? It will be unrealistic, of course, to expect an answer at this stage. But the unexpected flexibility in the Congress’ position tells its own tale. Two days after taking a stand firmly in favour of Rahul Gandhi, it said the party would be accommodative, that it saw itself as a facilitator of alliances, that it was ready to accept “any non-RSS candidate” as Prime Minister.

In a more sensational policy shift, Mamata Banerjee said that she would organise an opposition rally in Kolkata in January to which she would invite the CPM, a sworn enemy against which she had a fought a bitter war and won. She called for an “inclusive opposition.” At the other end of the country, Mehbooba Mufti’s People’s Democratic Party (PDP) rushed to compliment its long-time adversary, the National Conference (NC), when NC leader Farooq Abdullah called for talks with Pakistan over Kashmir. Chandrababu Naidu emphasised a critical factor when he said: “Strengthen the regional parties, whether it is the party of Mamata, Mayawati, Akhilesh or Kumaraswamy, then India will have a better future.” This is common sense endorsed by history. The Congress was strongest when it functioned more or less as a syndicate of regional leaders such as Kamaraj, S.K.Patil, Atulya Ghosh, S.Nijalingappa and C.B.Gupta.

Men of that calibre are hard to come by these days and regional leaders are finding it difficult to achieve national stature. Mayawati has spent massively to field candidates in many States many a time, scoring zero most of the time. Akhilesh Yadav similarly is unable to make any impact outside his home turf. Kumaraswamy has a party with an all-India sound, but is crippled by a father who is over-ambitious for an 85-year-old and a brother in the Cabinet whose authoritarianism is aggravated by his eccentricity; it was unbearable family politics that reduced the Karnataka Chief Minister to a pitiable weeping angel.

Mamata Banerjee is the only person in Naidu’s list whose mass popularity at home has some echoes elsewhere as well. She certainly had a larger audience in mind than the one she faced in Kolkata last week when she said that “there is a crisis in India” because the ruling group had unleashed “Taliban Hindutva.” She referred to hundreds of people being killed in UP in fake encounters, and 13,000 farmers committing suicide. She asked people to unite under the slogan BJP hatao, desh bachao.

Chandrababu Naidu said, intriguingly, that his TDP would play a national role. Does it mean oneupmanship with other regional leaders or helping a chosen one? Earlier, Telangana’s Chandrasekhar Rao had said, a bit too blatantly, “I am ready to enter national politics…I will take the leadership at the national level, why not?” To mention just one reason: What credibility can he have when he is unable to work collaboratively even with the other Telugu State next door? The TDP member, who introduced the No Confidence Motion in Parliament, faced the loudest interruptions from the Telangana members.

Actually that debate unveiled talent that could be of use to both Telugu States and beyond. Jayadeva Gulla, eloquent in polished English, was a forceful speaker, deserving the one hour he managed against the allotted 13 minutes. Eloquent in his own native style was Kesineni Srinivas, who regaled the House with quotable quotes. Referring to the Prime Minister’s speech, he said: “Wandraful oratory speech, madam. Wandraful. I felt I was watching blockbuster Bollywood movie. The best actor in the world, madam. No doubt, madam.” Madam Speaker didn’t want such things said and cut him short. Telangana MPs were happy.

Telugu is the only language, other than Hindi, that has more than one State in its name. That does not seem to be helping either the language or the States. Such inherent contradictions can stand in the way of opposition unity. How many leaders will have the maturity and the good sense to set aside personal ambitions for the common good? The shift to pragmatism announced by Trinamool and the Congress must set an example to others.

A warning implied in Rahul Gandhi’s speech in Parliament suggests that unity may be a matter of life-and-death for opposition parties. He said: “The Prime Minister and the BJP President cannot afford to lose power. Because the moment they lose power, the other processes will start against them.” Think that over. One thing is sure. It is not going to be a general election next year. It is going to be war.