Home » News » A day to remember your Newspaper Boy 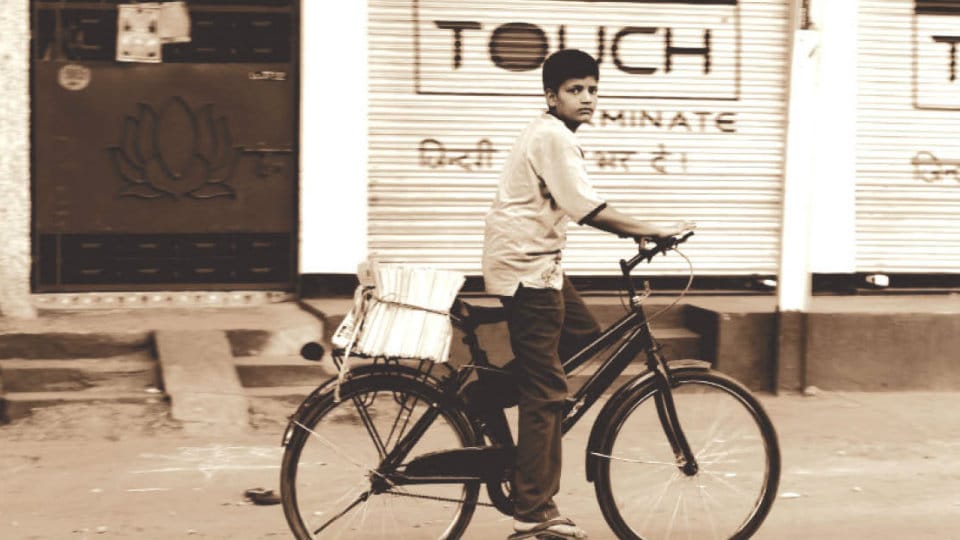 A day to remember your Newspaper Boy

Hunsur:  Newspaper reading is a habit. But when you do not find a regular newspaper in your hands at the regular reading time, it causes anxiety, then desperation and finally frustration. Angry calls are made to the newspaper distributor/ agent and even to the newspaper office asking why the favourite newspaper was not delivered. Calmness sets in only when the newspaper boy zooms on his bicycle and swings a newspaper roll darting towards the house.

The responsibility for getting the newspaper from the press to the reader falls to the distribution division and delivery boys and agents always dutifully patrol the roads shooting the newspapers at the destined places – balconies, gates, main doors and even lawns.

Rain or shine, windy or pleasant, the newspaper boy is always there to deliver the paper that enables to gather your daily dose of news and articles. And to recall this daily act of theirs, Newspaper Distributors’ Day is observed every year on Sept. 4. Unfortunately many people (including journalists) have forgotten that there is such a day called Newspaper Distributors’ Day.

Though the reading habits in many western nations (and in metros of India) have changed, thanks to Internet and dirt-cheap data, most Indians still depend on newspapers for updates around them. The reason behind this could be that Indians are accustomed to reading tabloids and broadsheets by holding them in their hands instead of browsing or swiping their phone or tablet screens.

Among the distributors and newspaper boys, the population of school children and the youth is very high. Agents depend on these boys as they can swiftly deliver the newspaper to houses in their bicycles, the moment newspapers reach vantage points across a city or a town. These youth and school children take care of their families and education out of the money or commission that they earn from door-to-door delivery of newspapers.

A newspaper delivery boy’s responsibility starts from the point he picks up the newspaper and ends at the house of a tail-end customer of a particular area who is a reader. And after hours of hard work, these youths or school children get on to other work, including going to school. During rainy season, the boys have to start extra-early and wear a raincoat. They meet in some shop basement and cover the newspapers with plastic before taking them for delivery.

Many more paragraphs can be written on the newspaper distribution and the boys associated with it. What is important is to remember their contribution towards the society. There is an urgent need to think about their welfare, at least on the occasion of Newspaper Distributors’ Day.