Home » Columns » Abracadabra By K. B. Ganapathy » A Memorial for Swami Vivekananda 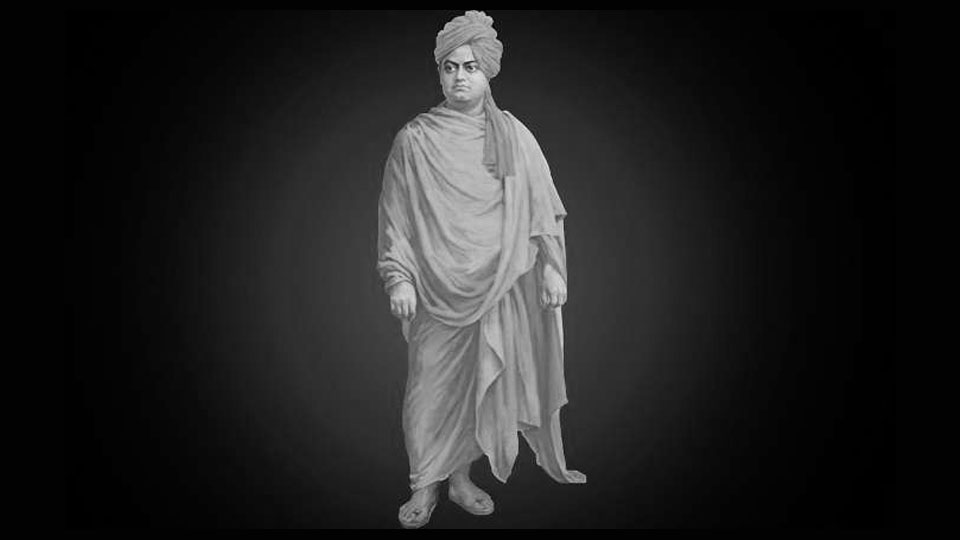 A Memorial for Swami Vivekananda

A painful journey. When is the arrival?

— Charles Dickens in A Tale of Two Cities

Good evening my dear readers of this column. For me this is an evening of grace, a new dawn for our Mysuru city, the cultural capital of Karnataka. I always thought, the educated here would always support (if not participate) in this cause of our city.

About 12 years back when this opportunity came, we were let down by a minuscule section of the local-educated. What was that opportunity?

The opportunity was when the then Prime Minister of India Dr. Manmohan Singh (UPA-Congress party) decided to celebrate the 150th Birth Anniversary of Swami Vivekananda at the very 1st meeting of the National Committee for Commemoration on 20th May, 2010 at Delhi.

But, how to celebrate? That 1st meeting decided on many avenues of celebration. One was “restoration of the buildings or places which are associated with Swami Vivekananda.”

Among the places the Swami visited, Mysuru city was one. Are we not the fortunate? I would say when people like Buddha, Mahatma or a Vivekananda walk on our land, the earth under their foot gets sanctified. Naturally, the good earth of Mysuru city was sanctified leaving behind a subtle scent of spiritual and cultural dust. The UPA Government understood this inner feeling of our countrymen. Hence, took a right decision at the right time — 2010.

And who were there in that Commemoration Committee? Intellectual giants sir, intellectuals who always thought of the ‘greatest good of the  greatest number; not a selected number of parochials.’ Their names please: Dr. Karan Singh; Pranab Mukherjee; Swami Prabhananda (Ramakrishna Mission, Kolkata); Narendra Modi, then Chief Minister of Gujarat; Aveek Sarkar [Chief Editor, Anand Bazar Patrika], Prof. MGK Menon and others. Could not we here in Mysuru and the State Governments headed by the Congress party and BJP TRUST the members of the National Committee? It is my opinion that self-denial of grace of this kind is self-curse.

I hope, at least since this morning we Mysureans are exorcised of this self-curse.

Let me recall now the ecstasy and then the agony that marked the beginning and end of the episode.

2. This was done in accordance with the GO issued by the State Government on 9th January 2013 after a Cabinet meeting.

3. All set for the construction of a Viveka Youth Cultural Centre. Viveka Smaraka. I have seen a Centre of the proposed kind in Kolkata.

4. Plans duly approved by the State Government and the Central Ministry of Culture.

5. Plan for approval sent to our Mysuru City Corporation (MCC).

6. Funds from the Centre and State arrived.

The lesson I learnt, as in many instances in the long history of India is: The vulnerable, susceptible Soft Belly of a Government is where the head of the Government, as in the case of our State Government, succumbs to the unconscionable, anti-social demands of his or her friends and favourites and compromises the greater, nobler, sublime cause of the common man.

Here in the present episode that Soft Belly had got exposed for the soldiers in the Trojan Horse to surprise and defeat the Government for the last 12 years!

‘It is a pyrrhic victory. Truth has not prevailed. Call me superstitious, anything. This is a MIRACLE. Only, miracles take time, years, even eons to happen. Like our own country.

ABRACADABRA K.B. Ganapathy Swami Vivekananda
Can we cure cancer: The story of the ‘smart’ versus the ‘shrewd’
Top 5 Tips For Online Learning During Covid-19

6 COMMENTS ON THIS POST To “A Memorial for Swami Vivekananda”