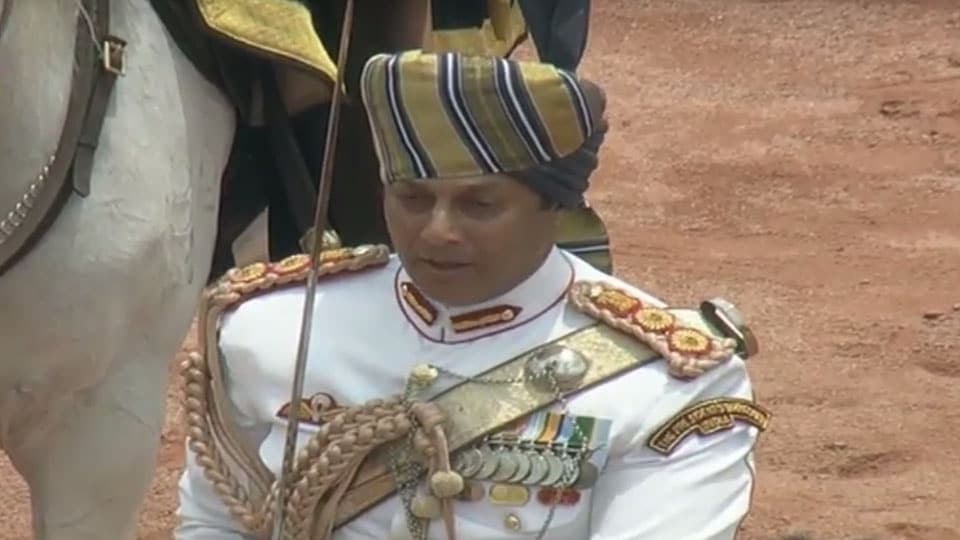 New Delhi: It was a proud moment for Colonel Bommanda Dhiraj Chengappa from Kodagu as he led a contingent of 46 horse-mounted Bodyguards and presented the National Salute to President Ram Nath Kovind. The President’s Bodyguards also escorted Kovind to the Parliament House for the swearing-in.

Later, both President Kovind and ex-President Pranab Mukherjee were given an Inter Services Guard of Honour separately. On conclusion of the Guard of Honour, The President’s Bodyguards escorted Mukherjee from the forecourt to the Iron Gate of the Rastrapathi Bhavan.

Colonel Bommanda Dhiraj Chengappa Kodagu
Lalu is natural target in the fight against corruption, but the problem is larger. All parties are guilty
CESC to expand smart grid project: Minister Shivakumar