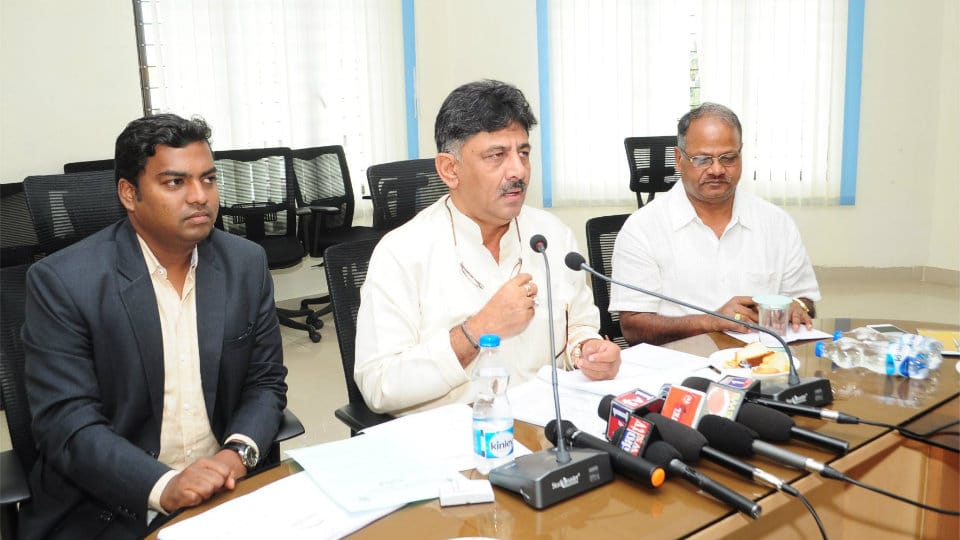 CESC has been supplying electricity to around 25,000 customers with the completion of first phase of supply capacity. There are plans to supply electricity to entire city by expanding the smart grid project which is being planned at a cost Rs. 400 crore, jointly by Central and State Governments and other electricity supply companies,  he added.

The Minister also said that though there was severe drought in the State, electricity supply companies had made sure that there was no scarcity of electricity and added that the State Government was promoting the use of renewable energy sources such as the solar energy and wind energy.

Stating that efforts have been made to promote solar energy in the northern part of the State, he added that in the coming days, Karnataka would be in a position to supply electricity to other States.

Minister Shivakumar said that the goal of electricity supply companies in the State was to supply uninterrupted and quality electricity.

He later left for H.D. Kote to take part in the Nadaprabhu Sri Kempegowda Jayanti programme organised by H.D. Kote Taluk Vokkaligara Sanga. Later, he will return to Mysuru to participate in the valedictory of the training programme organised by CESC at Kalamandira and inauguration of Nagarikara Vedike at Maduvana Layout in Srirampura before returning to Bengaluru.