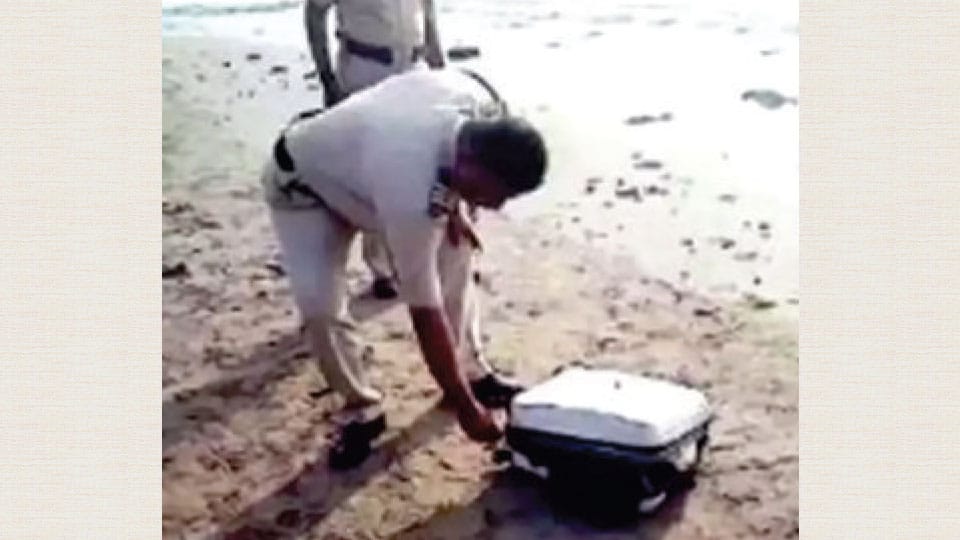 Mysuru: A suitcase found abandoned on the footpath created tension for some time as rumours of a bomb placed inside the suitcase spread like wildfire in city yesterday. The suitcase was found on the footpath opposite to Senthil Kumar Textiles on Sayyaji Rao Road.

The suitcase was found abandoned at about 12.30 pm. As there were no one near the suitcase and rumours of bomb being placed inside it created panic among the public.

As he came near the car, he kept the suitcase on the footpath, began taking over the phone, boarded the car and left from the spot, Inspector Srinivas said and added that Srinivasagowda came to the spot 45 minutes later and took the suitcase.

The Inspector further said that Srinivasagowda was a readymade garments dealer and had brought samples of shirts and pants to show the traders.