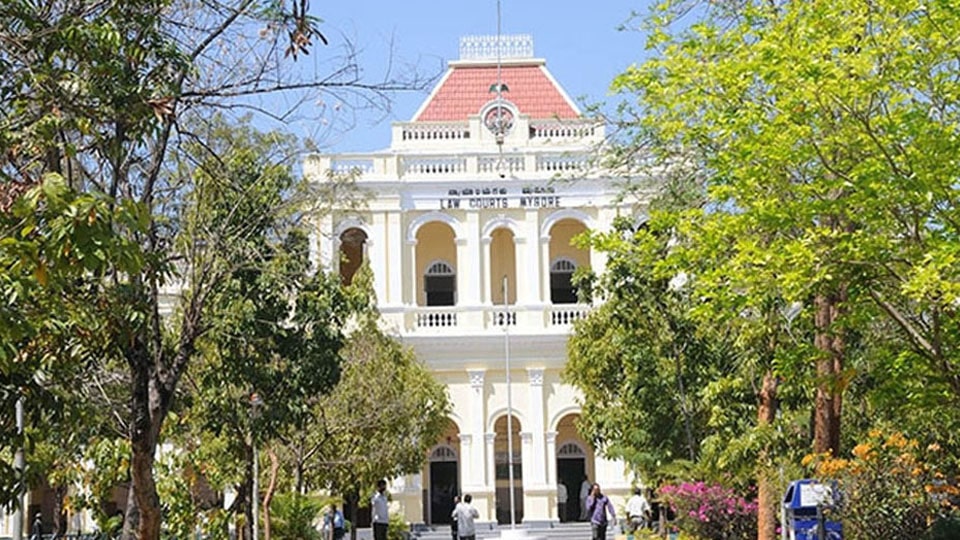 Mysuru: A District Court has sentenced a woman and her paramour to five years imprisonment for abetting the suicide of the woman’s husband. The Court also imposed a penalty of Rs.5,000 on the woman and Rs.15,000 on her paramour. Devamani, 35, of Dadadalli village in H.D.Kote taluk and Gopalaiah, 40, are the ones who are sentenced.

Devamani got married to Kariyayya of Teranimunti village in H.D.Kote taluk about 12 years ago and the couple had two  male children. But after a few years, Devamani developed an illicit relationship with one Gopalaiah of Teranimunti village, following which Gopalaiah used to frequent Devamani’s house.Although Kariyayya objected to his wife’s affair with Gopalaiah, Devamani continued to have relationship. Kariyayya caught his wife Devamani and her paramour when they were together in the house on the night of Sept.24, 2015, following which a wordy duel broke out between Kariyayya and Gopalaiah and at one point of time Devamani and Gopalaiah asked Kariyayya to hang himself from a tree if he had any objections to their affair.

Dejected by the humiliating remarks of his wife and her paramour, Kariyayya ended his life by hanging self. The Sargur Police, who registered a case, arrested Devamani and Gopalaiah for abetting suicide and submitted charge-sheet against the duo at the Court.

Hunsur’s Eighth Additional District and Sessions Court Judge B. Madhusudhan, who heard the case, convicted Devamani and her paramour Gopalaiah of the charges and sentenced them to five years imprisonment.

The Judge also imposed a total penalty of Rs.20,000 on the duo to be distributed equally between the two sons of the deceased Kariyayya, besides mentioning that the two can file an application for claiming a higher compensation from the Government under the Karnataka Victim Compensation Scheme. Public Prosecutor Ajit Kumar D. Hamigi argued on behalf of the State.