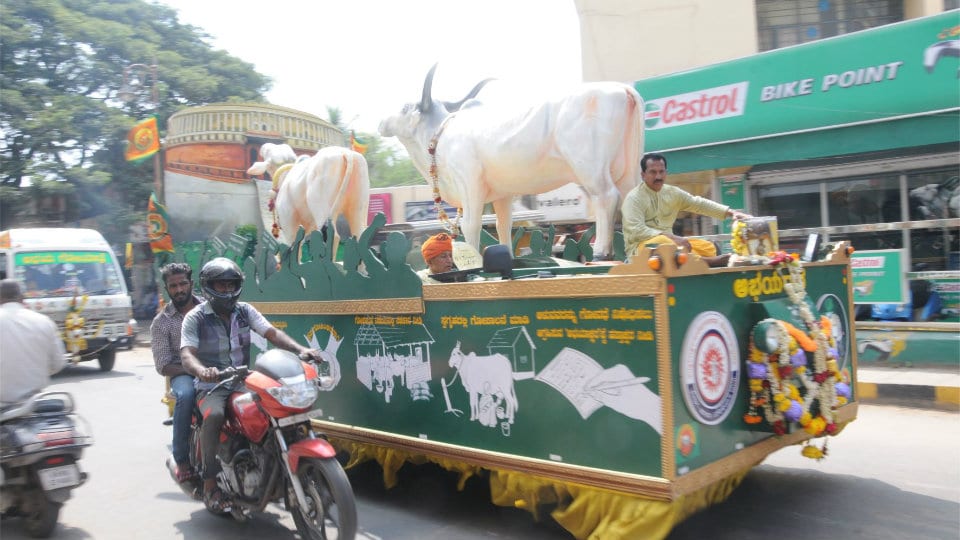 The ‘Abhaya Go Yatre’ will be taken out at 4 pm from Shantisagar Complex in Kuvempunagar to Vivekananda Circle in Vivekanandanagar here where Sri Raghaveshwara Swamiji will deliver ‘Go Sandesha.’