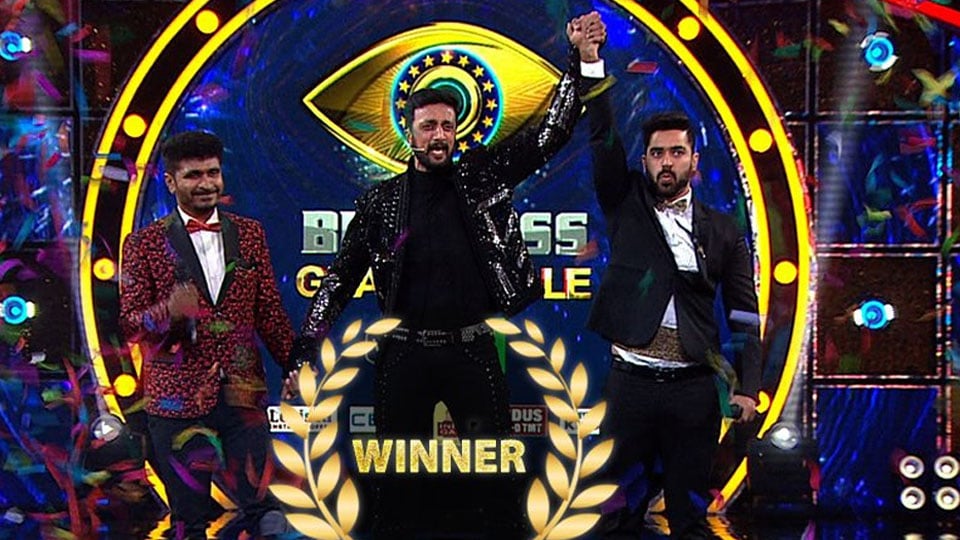 Bengaluru: The curtains for the seventh season of Bigg Boss Kannada came down on Sunday with the host Kiccha Sudeep announcing the Shine Shetty as the winner of show. Kuri Prathap of ‘Maja Talkies’ fame emerged as the first runner-up, while music director Vasuki Vaibhav ended at the third place.

The grand finale was aired on two days, packed with lots of performances.