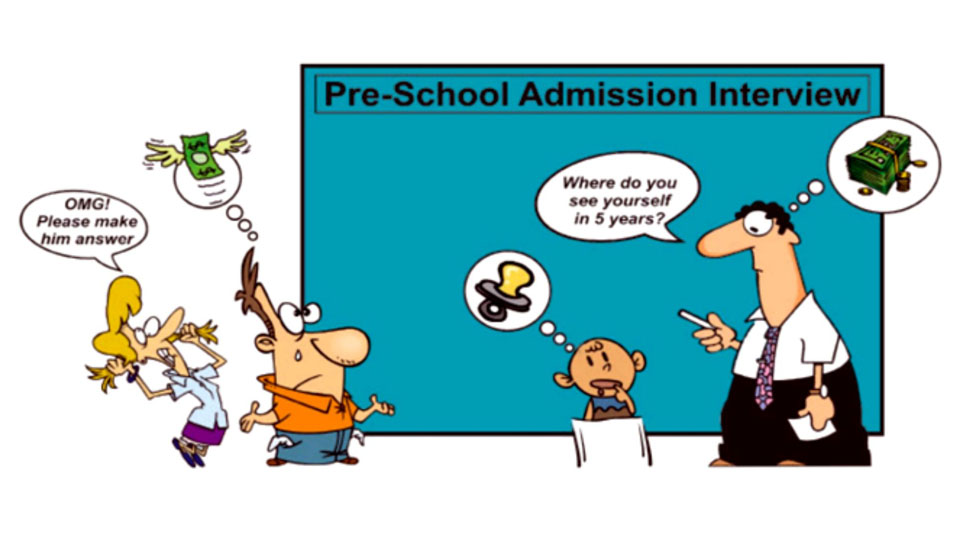 Every year just as students are coming out of a nerve-wracking exam season, parents turn into nervous-wrecks with the approaching admission season.

And every year during the same time, many Principals, Secretaries and Managing Committee Members of schools suddenly turn into Mughal Emperors.

These Sultans preside over a durbar hall lined up with fear-stricken parents, who hope to get their child admitted to their schools. And these emperors don’t miss the opportunity to be patronising and condescending towards the parents who will never dare talk back.

If the child is admitted, the parents walk back breathlessly saying ‘Thank You.’ If rejected, they plead to no avail as the Committee Members shoo them away while showing their 4-year-old child’s lacklustre entrance test result as proof enough to reject the child.

This entrance test is not just for primary school; it is now mandatory even for kindergarten admission! At this rate, if the first word that a child says is papa or mummy, it will not be good enough. The school will be impressed only if it screams out “P for Papa” and “M for Mummy.” Soon schools will want 5-year-olds coming out spelling ‘Supercalifragilisticexpialidocious’ and answer what is (a+b)2, to even qualify to write an entrance test.

This reminds me of George Carlin, the famed comedian, who speaking of parental pressure on kids had this to say, “Today’s professional parents are over-scheduling and over-managing their children and robbing them of their childhood. Even the simple act of playing has been taken away from children and scheduled. Something that should be spontaneous and free is now being rigidly planned. When does a kid ever get to sit in a yard with a stick anymore?” Speaking of 3-year-olds preparing for kindergarten entrance exams he says, “The child is already being pressurised to succeed, pressurised to succeed for the sake of the parents. Isn’t this a sophisticated form of child abuse?”

In Mysuru, in recent times there has been a spurt of schools. And parents are confused where to put the kids and end up unnecessarily moving between schools or moving where “their” teachers move to.

Earlier, when you admitted a child in school, the kids stayed put there till 10th standard or college. It gives the child steady friends, teachers and environment which helps them develop long-term friends, trustworthy relationship with teachers and a sense of security in a familiar environment — all this in the long run will greatly help usher in self-confidence and bolster self-esteem.

Changing schools repeatedly leaves an impressionable mind a little confused and forever in adjustment mode. Now children seem to change schools like they were cricket players in Indian Premier League…here in St. Joseph’s today… in NPS tomorrow…and in Excel the day after…

If a parent is looking for an all-round development of a child, then they won’t get it in most schools; even at the biggest and the most expensive ones. That’s why education business is the best. There are no guarantees. The school has no obligation to deliver on anything, may be at best infrastructure, may be a few teachers who can speak good English and a foreign trip to add ‘pomp’ and exclusivity. No wonder every other politician is now in the education business, no obligation… only donation.

Schools don’t guarantee to teach children good life skills or guarantee grades. In fact one expensive school told the parents that if their kid in the 9th standard does not finish in the 90% group, he will not be allowed to go to the 10th. Even worse, parents are told that if they still want to put their child in 10th, then the school will give a certificate and the child can leave and go to another school!

If this is the case, then what’s the point of paying big bucks and putting your child in a big school? Just imagine what it will do to the child’s self-esteem and imagine the parents’ nightmare trying to get their child into 10th standard in another school because the teachers failed to do their job.

No matter how good a school claims it is or how expensive it is, you will have a good child when there is stability at home, where parents respect each other, where parents accept a child’s mistakes as learning experiences and treat every confession with compassion.

Yes, good teachers make a huge difference, especially if the child does not come from an educated family. So it’s probably better to pick a decent school with cultured teachers who can forgive sternly, communicate compassionately and impart effectively than a fancy one… After all, money never guaranteed class nor academics a genius.