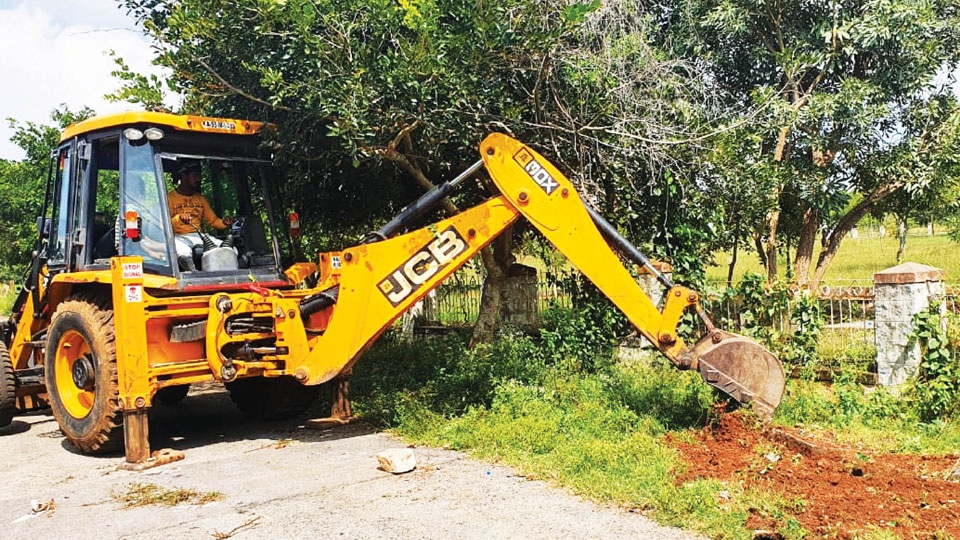 Mysore/Mysuru: After waiting for the MCC to take up cleaning of K.C.  Layout in MCC Ward No. 52, which eventually did not happen, the residents of the locality under Kempu Cheluvajammanni Residents Welfare Association have taken up the cleaning of the area themselves yesterday and today.

Though K.C. Layout, located near Lalitha Mahal helipad at the foot of Chamundi hill was formed about 20 years ago the residents are worried a lot as the area is not being maintained regularly by the civic body. Most of the drains that carry rain water are closed with sand and mud carried by rain water which is resulting in the locality getting flooded whenever it rains.

Residents said that following continuous rains recently, they faced numerous problems and despite urging the officials concerned to take steps to get the area cleaned and solve the problems, none responded positively and showed negligent attitude.

They alleged that the local elected representative (Corporator) is just for namesake who has not responded to any of the problems faced by the residents.

“We do not know when the Corporator comes and goes. If anyone sees the Corporator and air the grievances, only assurances are given but noting takes place,” the residents said.

The association members pressed an earth moving machine to remove overgrown bushes and weeds besides getting the garbage cleared themselves.

2 COMMENTS ON THIS POST To “After MCC fails to respond, K.C. Layout residents take up cleaning drive”