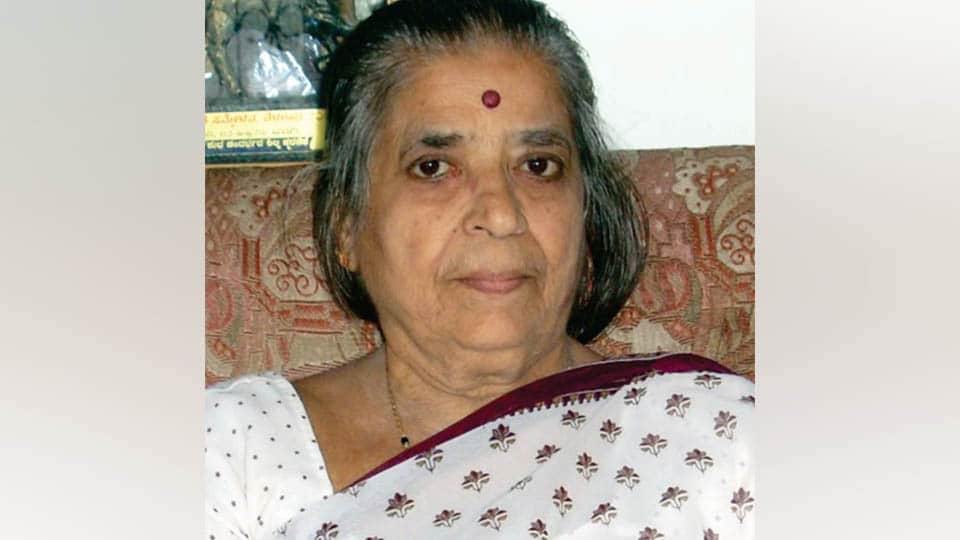 Mysuru: Even as the city is spruced up for the 83rd Akhila Bharatha Kannada Sahitya Sammelana starting today, the organisers of the event seem to have forgotten the city’s renowned Sugama Sangeetha Singer H.R. Leelavathi.

H.R. Leelavathi is a household name when it comes to Sugama Sangeetha. A Doordarshan and Akashawani artiste, Leelavathi is a Rajyotsava awardee. Among the many awards and prizes she has won include the prestigious Santa Shishunala Shariff Award.

She has published over 20 books in Kannada. Leelavathi, who is now 84-years-old, began her career along with legendary singer P. Kalinga Rao. The octogenarian, who is leading a retired life in the city, regrets being ignored for the Literary Meet.

“I have not been invited for the Sammelana, which is shocking. I do not understand whether this meet is a State event or a mere Bengaluru event. Also, many contemporary Kannada writers and activists from North Karnataka have been ignored by the organisers, insulting all of them,” she said.

Continuing, she said that some writers and publishers, who have come to know of the mistakes of organises, have chosen to boycott the Sammelana while some others have remained silent out of frustration. Also, the literary meet in Mysuru seems to be lacking the rich fragrance of Kannada language and literature, she said.

Alleging that organisers have turned the literary fest into a political forum, she flayed politicians creeping in the midst of great writers.

ONE COMMENT ON THIS POST To “Akhila Bharata Kannada Sahitya Sammelana: H.R. Leelavathi miffed at not being invited to fest”