Home » Columns » All about Queen Elizabeth and me 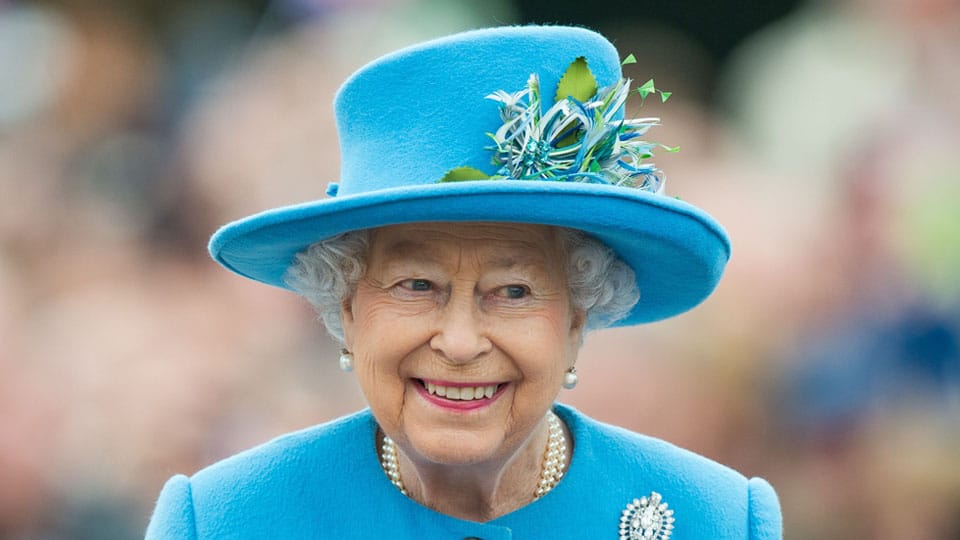 All about Queen Elizabeth and me

I have a personal link with the British royal family, in particular Queen Elizabeth. I was pleased, therefore, to see splendid photographs of her on British Parliament’s opening day last week. How magnificent she looked in the grand setting of a ceremonially decked up Parliament. She looked resplendent, the jewel-encrusted imperial crown scoring elegant points over the golden throne on which she sat, shimmering necklaces adding layers of glamour to her aura. Elizabeth is a phenomenon.

Which is extraordinary because the British royalty is full of oddballs. King John, 13th century, got his nephew murdered to stop him from claiming the throne.  Henry VIII, 16th century, is known as the worst monarch in history, a tyrant and wife-murderer. Queen “Bloody” Mary, 16th century, got hundreds of citizens burned at the stakes because they were Protestants who declined to become Catholics. (Our kind of Communalism at least pits one religion against another. Christians went mad and killed other Christians.  No wonder the West is called Wild West.) As irony would have it, Bloody Mary was succeeded by Elizabeth I, daughter of murdered wife of Henry VIII. Under her England saw its Golden Age, with the likes of Shakespeare shining on the stage.

Compared to all that, Elizabeth II, the present Queen, presides over a peaceful realm which may have no Shakespeares but which has no executions either.  Her family is relatively free of notoriety, too, though husband Philip is something of an oddball.  He is well-known for saying the wrong things at the wrong time. Seeing something disorderly in a factory once, he said it looked “as though it was put in by an Indian.”  The only proper thing he ever said was that “constitutionally, I do not exist.”  Otherwise, too, he hardly does.

With a husband like Philip, it was a surprise that only one of Elizabeth’s four children turned out to be an oddball.  Daughter Anne, in love with horses from childhood, developed into an olympics-standard equestrian and remains busy with a few hundred charities.  Two younger sons, Andrew and Edward, have also kept the flag flying despite some controversies Andrew attracted early in his career.

It is Elizabeth’s first-born and heir to the throne, Charles, who turned out to be the black sheep.  He was popular to begin with, then his private life dragged him into the nether realms of ignominy. He fell for a woman older than him, Camilla, whose scruples were as adjustable as his. Even as they were having an affair, both went with cheat marriages, Camilla with a guy called Bowles and Charles with Diana, a stand-out beauty. Both went on double-crossing their duly wedded partners, even after Diana gave birth to two bright boys. People all over the world loved her and the more they loved her, the more they hated Charles.  When Diana was killed in a road accident, public sympathy for her rose as high as public aversion for Charles.  People wondered whether he had some badly edited genes from some of the nefarious ancestors mentioned above.  May be Camilla’s witchery was extra potent.

The smartest thing Queen Elizabeth did in her life was to live on into her nineties and thereby keep Charles away from the throne for a generation. What will happen tomorrow, we don’t know.  Whether he will have the sense to understand public disapproval of him and pass the crown to his son is uncertain.  What is sure is that people would resent it if ever they have to call his woman “Queen Camilla.”

Oh, but how did I get mixed up with Camilla when I was into my links with Queen Elizabeth? That’s a more pleasant topic. Well, it is simple. I had the pleasure of attending her coronation in 1953. No, I was not an official invitee.  No, I didn’t have a seat in the Westminster Abbey where the crown was placed on her head. Nor was I part of the press contingent covering the event. To be frank, I did not even participate in the festivities inside Buckingham Palace.

Trade Union politics in Bombay had created a temporary ‘kitchen supervisor’ post in cargo ships; I became kitchen supervisor on a Scindia ship that went to Bremen, Antwerp, Hamburg, Liverpool and, yes, London. The ship berthed in London just the day before the coronation. So I was there, amidst the milling crowd, waving at the young Queen. I know she noticed me in the crowd and waved at me.  Ever since I have felt a personal link with her. Reign on, Elizabeth.