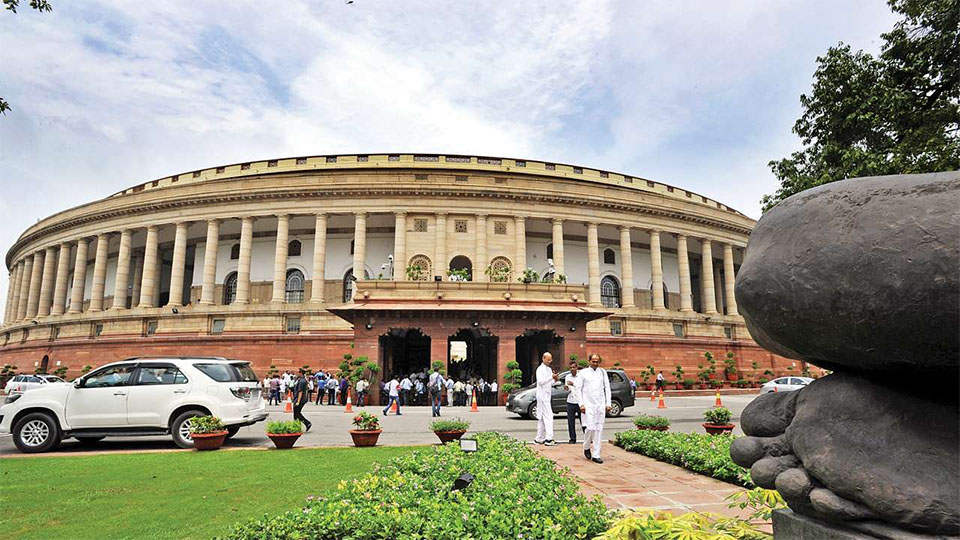 ‘India that is Bharat.’ Are we sure?

When religion is linked with patriotism, it can drive people to extremes.  Not long ago an Islamist group in Somalia, the Al Shabaad, banned samosas in the country.  The reasoning was that the triangular shape of the samosa was a trick to spread the trinity concept of Christianity.

We haven’t reached that level of silliness, but we have developed our own brand of extremism. Recently prominent citizens who wrote a letter to the Prime Minister about lynchings had an FIR filed against them.  Why?  Is protesting against lynching an offence? Is writing to the Prime Minister an act of impertinence?  It would seem that some sort of inferiority complex is making our netas confused.  One of the FIR-ed men, Adoor Gopalakrishnan said: “Strange things are happening in our country.  We’ve heard about people shooting at a model of Gandhij to commemorate Godse’s shooting of Gandhiji and no case has been registered by anyone.”

Netas who are confused can be harmful to all.  We can already see how confusion is complicating the issue of the country’s name itself.  There has been furious feudings over the Constitution’s use of the term “India that is Bharat.” A Congress MP, Shantaram Naik, introduced two bills in Parliament (2010 and 2012) demanding that the term India be omitted from the country’s name.  Yogi Adityanath joined him later with the proposition that the phrase “India that is Bharat” be replaced by the new phrase “Bharat that is Hindustan.”

The matter reached Supreme Court.  In 2015, Chief Justice T.S. Thakur dismissed it. In 2020 again a similar case was dismissed by the court with the comment that changing the name of country was not a subject for the court to consider.  That realistic stance put a stop to the legalities of the matter that were being debated at one stage.  But of course the issue did not go away.

READ ALSO  V. P. Singh was meant to be a dreamer, a poet, an artist; It was bad luck he ended up as Prime Minister

It is fascinating to go back to the old records and refresh our memories of what the eminent Parliamentarians of those days said. Many members spoke, from Kamalapati Tripathi to H.V. Kamath, from Seth Govind Das to Shibbanlal Saxena.  Those were days when MPs could talk without getting communally branded one way or another.  In other words, those were days when democracy nourished in India in spirit as well as in form.

Saxena said “the name of the union shall be Bharat.”  Govind Das, famous as a promoter-campaigner for Hindi, went eloquent about the antiquity of the term Bharat.  He quoted the Vedas, the Upanishads, the Vishnu Purana and so on.  He argued that the case for Bharat was strengthened by the slogan promoted by Mahatma Gandhi as a unifying call for the country, Bharat Mata Ki Jai.

Kamalapati Tripathi said: “Sir, I am enamoured of the historic name Bharat.  The Gods have been remembering the name of this country in the heavens.”  He even said: “The Gods have a keen desire to be born in the sacred land of Bharat” and then invoked the benediction of Sri Rama, Sri Krishna, Gautama Buddha and Adi Shankaracharya.

Parliament reverberated with the patriotic speeches of several distinguished members.  Then the ever-realistic lawyer, Ambedkar, rose and asked: “Is all this necessary, Sir?  There is a lot of work to be done.”  For the record, Kamath’s amendment putting Bharat before India was defeated 51 against 38.  It was left to Gopalakrishna Gandhi to say the last word.  The country, he said, “Is now India, Bharat its triumphal synonym, Hindustan its home name.  Bharat is where we dream, and Hindustan where we live [facing] inflation with poverty, corruption with defeat and where he or she has to be hassled at each step — whether it is for an electric connection, a birth certificate, a driving licence by men with the authority to delay if not deny what is due.”

READ ALSO  The manner in which Hindi is promoted hasn't helped National unity. One-sided policy has hindered it

That is the point and that is where it hurts.  How much does it affect the realities of life whether India is named Bharat or Bharat is named India?  How far can we go by saying that it is all about Hindu-Muslim differences and the tensions they create.  To what extent can we ignore the reality that is Dalit frustrations, or the dissensions generated by assertive Hindutva posturings?  No society can progress with some posing as superior to others.  If all do not rise together, all will fall together.