Home » News » All Shelter Camps closed except at Youth Hostel 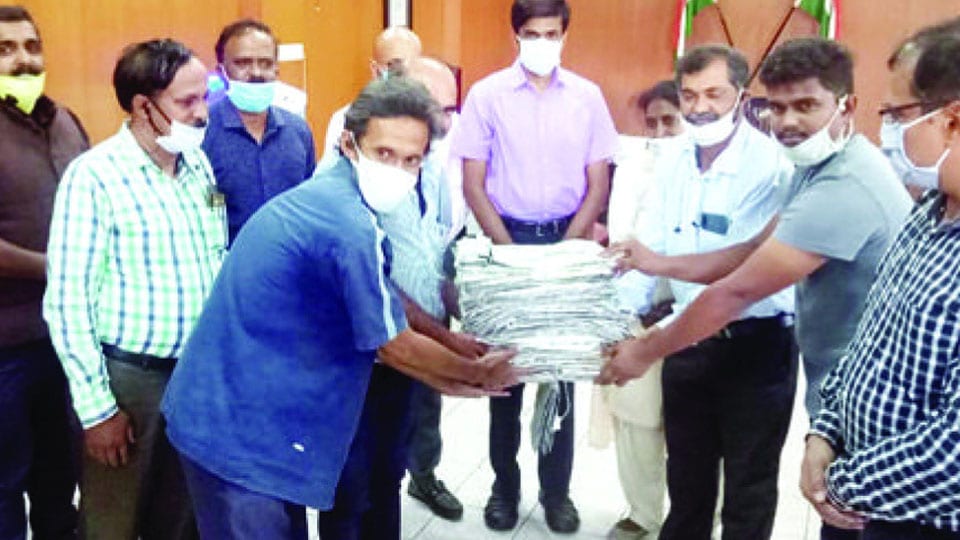 All Shelter Camps closed except at Youth Hostel

Mysore/Mysuru: Among the five Shelter Camps opened at various places by Mysuru City Corporation (MCC) in view of nationwide lockdown, all have been closed except the one set up at Youth Hostel in city.

“Among the 93 shelterless people who were housed at Nanjaraja Bahadur Choultry, Credit-I and MCC have provided permanent jobs to 90 members. Those who wanted to return to their native places have been sent back home. Attempts are also made to send the shelterless people housed at Youth Hostel back to their homes. In the coming days, plans are afloat to house shelterless women at Youth Hostel and men at Nanjaraja Bahadur Choultry,” said MCC Commissioner Gurudatta Hegde.

Shelterless people housed at Nanjaraja Bahadur Choultry have so far collectively earned a sum of Rs.45,000 by making paper covers. A total of 800 kg paper covers were sold to a private institution in the presence of DC Abhiram G. Sankar and amount so earned was distributed depending on the number of covers each person had prepared, before closing the Shelter Camp, sources said.