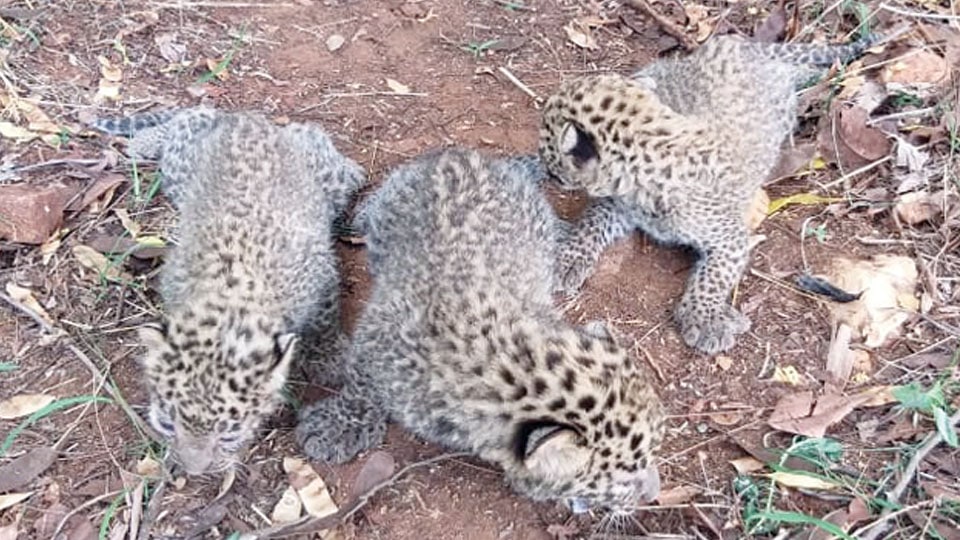 Mysore/Mysuru: Forest Department personnel have rescued three leopard cubs from a sugarcane field belonging to one Honnappa at Kodanahalli village in the taluk on Sunday.

The villagers, who saw the leopard cubs yesterday afternoon, informed the Forest Department personnel, who rushed to the spot and rescued them.

Speaking to ‘SOM,’ Range Forest Officer (RFO) M.K. Devaraju said that the leopard cubs were aged between 8 and 10 days and have been left in the forest area nearby and added that they would keep a watch over the cubs for a day to observe if the mother leopard takes them back. If the mother leopard does not take them back, the cubs would be handed over to Mysuru Zoo, he said and added that a cage would be placed later to capture the leopard.