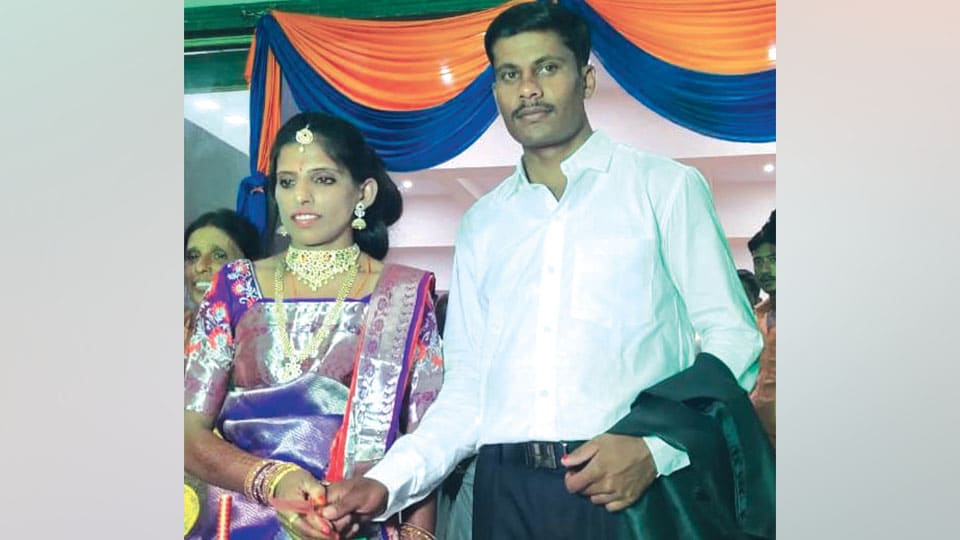 Periyapatna: Periyapatna Police have arrested a man following the death of his wife due to alleged dowry harassment. The arrested is Manju, a resident of Hitnahalli village in the taluk, while his deceased wife is Sunitha (26).

Daughter of Eerappaji of Naaralapura village in the taluk, Sunitha was given in marriage to Manju on Mar. 15, 2020.

On Feb. 14 this year, Sunitha was admitted to Priyapatna Government Hospital with severe burn injuries. She was provided first aid and was later shifted to K.R. Hospital in Mysuru, where she succumbed to burn injuries.

During that time, Sunitha’s father had given his statement that his daughter (Sunitha) had died following an accidental fire incident. But Sunitha had sent a voice message to her brother Sunil Kumar’s friend Manikanta’s mobile phone, where she had stated that she was being harassed by her husband, father-in-law Rajappa and mother-in-law Shivamma and has also mentioned to send all the three to jail in case she died. Based on the voice message of Sunitha, Sunil Kumar lodged a Police complaint.

Periyapatna Sub-Inspector Sadashiva Thippareddy, based on the complaint, has arrested Manju and is investigating.