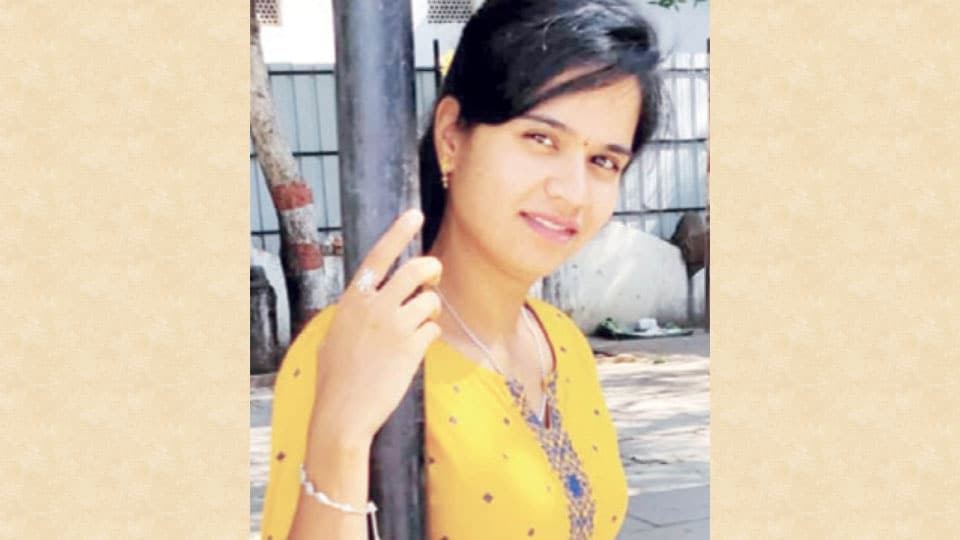 Mysore/Mysuru: A 28-year-old newly wed woman, unable to bear the harassment for dowry, allegedly committed suicide by hanging self at the room of her husband’s house at Srirampura in city on Friday night.

The deceased is Asharani, wife of M.C. Pradeep, residing at SBM Colony in Srirampura 2nd Stage in city.

A native of Saragur village in Nanjangud Taluk, Asharani, daughter of Nagaraja Nayaka, was given in marriage to Pradeep on Apr. 4, 2021 and the wedding had taken place at a Kalyana Mantap in Kuvempunagar here.

The groom was given 130 grams gold and Rs. 5 lakh cash at the time of marriage.

Victim’s father Nagaraja Nayaka, in his complaint has accused Pradeep, his mother Saroja and father Cheluvanayaka of harassing Asharani physically and mentally for dowry.

In his complaint, Nagaraja Nayaka has also stated that he along with his family members had convinced Asharani and had left her in her husband’s house on May 3 besides stating that Pradeep’s family members used to scold Asharani using foul language, which was told to him by his daughter.

On May 7 at about 8.15 pm, Saroja (Pradeep’s mother) called his (Nagaraja Nayaka) son over the phone and informed him that Asharani had committed suicide by hanging self in the room and they were taking her to a private hospital for treatment following which they rushed to the hospital only to hear the news of her death, Nagaraja Nayak has further stated in the complaint and has held Pradeep, Saroja and Chaluvanayaka responsible for Asharani’s death.

Based on the complaint, Kuvempunagar Police have registered a case against the three accused under Dowry Prohibition Act. The body was shifted to MMC&RI mortuary, where post-mortem was conducted yesterday morning and the body was handed over to the family members.