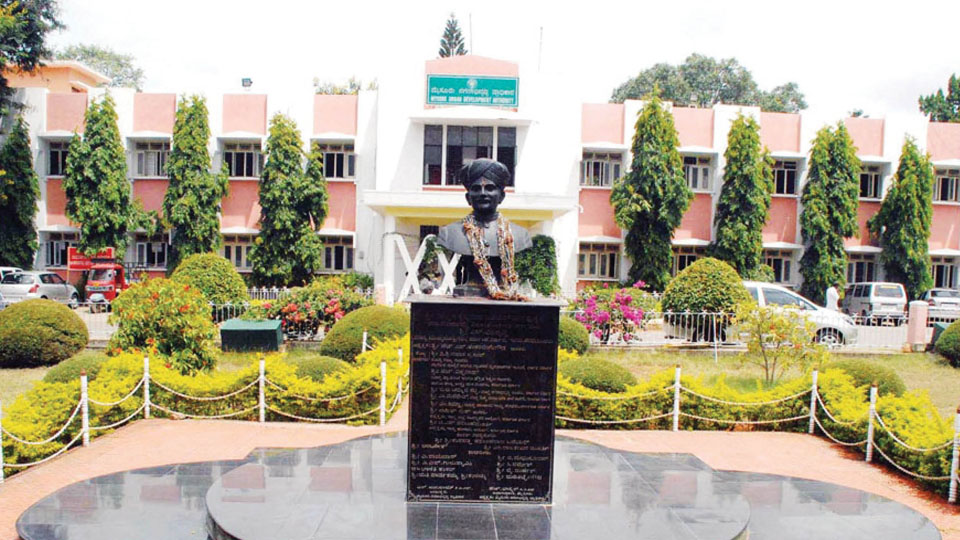 Mysore/Mysuru: With allegations of rampant irregularities and misuse of grants concerning Mysuru Urban Development Authority (MUDA), a 4-member technical team from Bengaluru began a probe into public complaints of irregularities/ lapses/ misuse of funds and powers by MUDA authorities.

The technical team headed by T.V. Murali, Additional Director of Urban & Rural Planning at Bengaluru, upon arrival in the city, first met Deputy Commissioner (DC) Dr. Bagadi Gautham, who also heads the MUDA in the absence of a nominated Chairman, at the DC’s Office here this morning, before proceeding to MUDA Office on JLB Road for conduct of the probe, the details of which will be known only later in the day or tomorrow.

Following complaints of irregularities in the allocation of alternative sites, payment of land acquisition compensation, misuse or improper use of grants and other lapses in the functioning of MUDA, Murali had written to the MUDA Commissioner on Aug. 11, 2022, mentioning that the Department had received numerous complaints on violation of rules and regulations on issues chiefly concerning allotment of alternative sites and land acquisition, among others.

Besides, the previous MUDA Commissioner and the past Chairman had blamed each other of irregularities and lapses. Following the complaints, the Government formed the Technical Committee to probe the charges and directed it  to come up with an unambiguous report concerning the charges within 15 days, the letter said.

The Committee, in its letter, had also asked MUDA officials to co-operate with the probe team  by presenting  all files, records and other documents on Aug.17,  which are sought by it in connection with the irregularities or violation of norms and to assign responsible officials for giving clarifications or explanations  until the probe is completed.