Home » News » ‘There is no proposal to privatise BEML’ 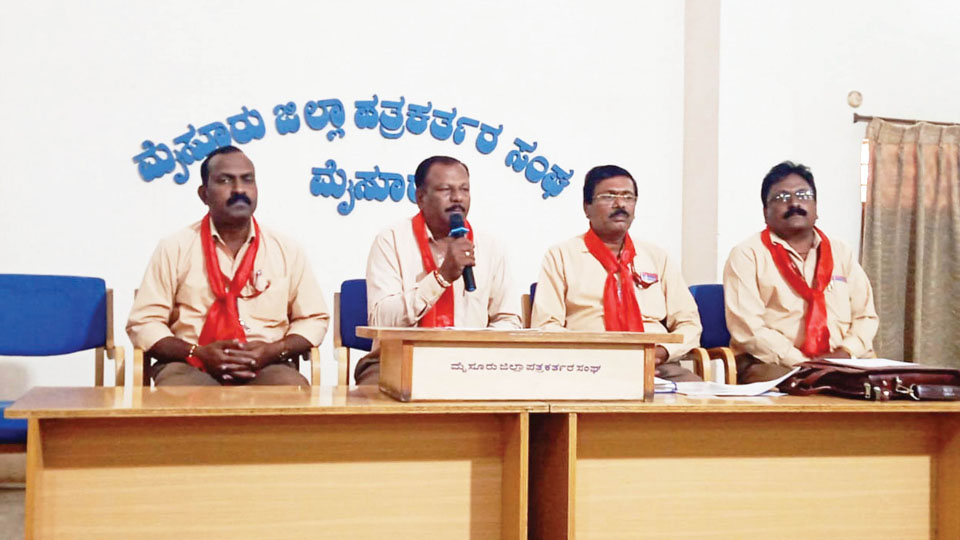 ‘There is no proposal to privatise BEML’

Disclosing this at a press conference held at Pathrakartara Bhavan here yesterday, Govinda Reddy said that the office-bearers of BEML Employees Association, along with Kolar MP S. Muniswamy, met Union Defence Minister Rajnath Singh and Union Parliament Affairs Minister Pralhad Joshi on Aug. 2 and urged them to drop the proposal of disinvestment through strategic sale that has been cleared by the Union Government.

The delegation pointed out that BEML is a profit-making Public Sector Unit and is supplying Defence equipment to the Central Government. The Defence Minister, who agreed that BEML is a profit-making company, assured the delegation that the proposed ‘strategic sale’ will not be done and added that Defence equipment and other critical components would be procured from BEML in consultation with the Defence Ministry, the office-bearers said.

Mysuru-Kodagu MP Pratap Simha, who is a member of the Parliament Committee (Defence), has also assured that he will do his best to procure Defence equipment and other components from BEML, they claimed.