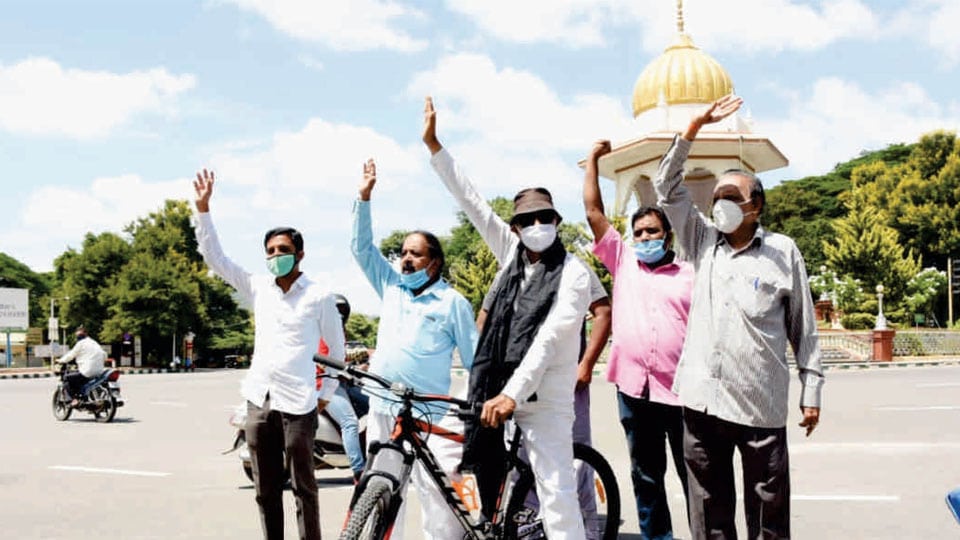 He also staged a protest yesterday by riding a bicycle near Hardinge Circle following increase in fuel prices. Petrol price has reached over Rs. 100 per litre.

He said that a thorough probe should be done by the CBI in the alleged land scam in city and the guilty should be sent to jail.

He demanded the Report on the land scam by former Mysuru DC T.M. Vijay Bhaskar, which has been submitted to the Government, be made public and held the land mafia responsible for the transfer of former DC Rohini Sindhuri.