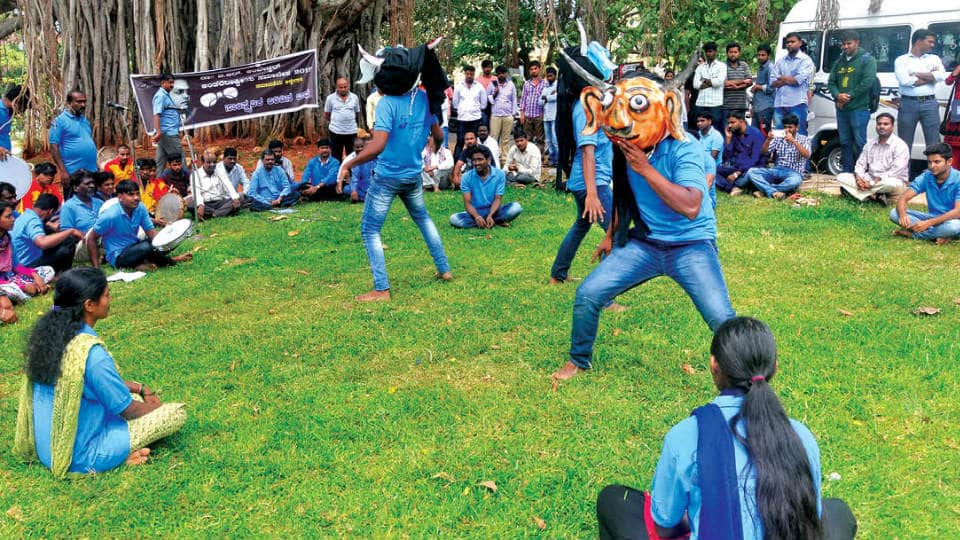 Mysuru: As part of Dr. B.R. Ambedkar International Convention to be held in Bengaluru from July 21 to 23, a street play was enacted by members of Nele Hinnale along with activists of Dalit organisations in front of the round canteen in Manasagangothri here this morning with a theme on eradication of evil of casteism.

The team later left for Bengaluru to participate in the convention. On the way they would stage street plays focussing on Ambedkar’s thoughts on inequality and superstition.

Similar troupes will also come from Chamarajanagar and Hassan and converge in Bengaluru.

Ambedkar International Convention
Rowdy-sheeter’s hand chopped off in Maddur
Born Free, yet we are in chains everywhere !