Home » Columns » Abracadabra By K. B. Ganapathy » Born Free, yet we are in chains everywhere ! 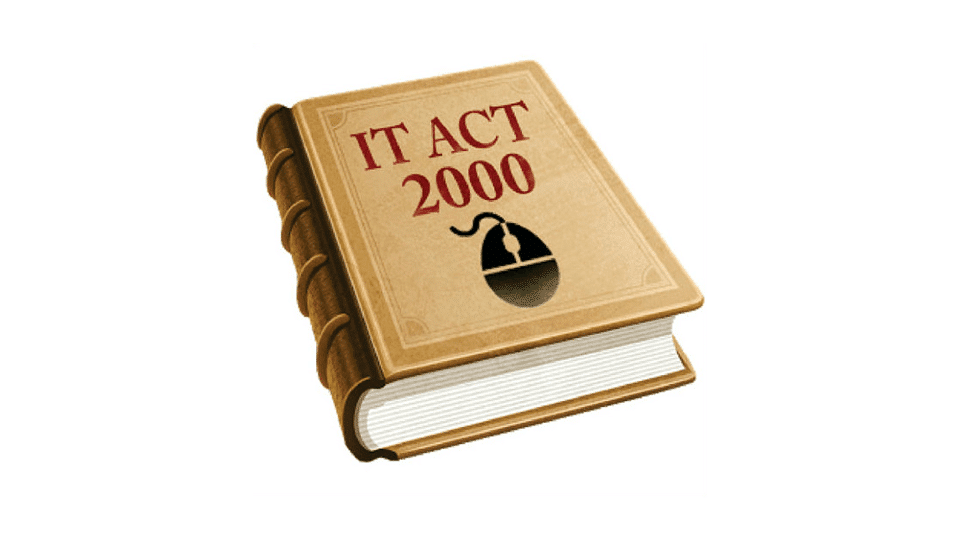 Born Free, yet we are in chains everywhere !

Musings on Information Technology Act, 2000 and the Supreme Court

I often shudder to think what would happen to our Right to Free Speech and Expression if Courts were not there to rein in the governments that become autocratic.

(1) The Sovereignty and Integrity of India.

(2) To Ensure the Security of State.

(7) To Safeguard Courts from Contempt and Defamation.

(8) To Safeguard Incitement to Commit an Offence.

Three concepts come into government’s concern while dealing with cases of violation  or misuse of Right to Speech and Expression: (i) Discussion, (ii) Advocacy, (iii) Incitement.

Now Article 19(1)a gives ample opportunity for a citizen to discuss any subject and advocate any cause through speech and expression — represented by speech, writing or pictorials, including cartoons. But that freedom stops the moment it becomes cause for incitement to violence — rioting, taking to arms, militancy or well, even stone-pelting. Let it be.

Now let me turn to Social Media which is being reined in by the IT Act of 2000. However, this Act failed to check misuse of Freedom of Speech and Expression when people started sending, by means of a computer resource or the electronic Social Media — WhatsApp, Facebook, Twitter etc. — information that is grossly abusive, fake (as Donald Trump is never tired of saying), false, intended to annoy or inconvenience, deceive or to mislead the addressee about the origin of such messages. Examples of serious cyber crimes of these kinds are video voyeurism, identity theft, breach of confidentiality etc.

Therefore, the government decided to amend the IT Act 2000 with a more stringent Section to handle such offenders. As a result, Section 66A was introduced as an amendment to the IT Act 2000 on 22nd December 2008 rather hurriedly (within a period of half-an-hour) and notified in 2009. But did it help? Criminals are criminals.

The government which thought this Section 66A being draconian in nature would deter the culprits did not serve the purpose. One after another, many incidents of abuse of Freedom of Speech and Expression, as perceived by the government, began to occur. For example:

Similarly, Mohan Sharma and KJV Rao were arrested by Mumbai Police for insulting the  National Flag and for making comments against the Prime Minister.

In another instance, a CPI-M worker, Rajneesh Kumar was also found to be insulting the  Prime Minister by posting “abusive” content.

And in all these cases, Section 66A was invoked and ‘culprits’ arrested and cases filed. Further, Section 69A gave power to State to issue directions for BLOCKING PUBLIC ACCESS of any information through computer resource, e-media.

Many cried foul. They said this was abuse of Section 66A. A series of writ under Article 32 of the Constitution of India, 1949 were filed. However, Supreme Court upheld Section 69A  and  the Blocking Rules, 2009 and found them devoid of any infirmities as that of Section 66A. Which is why, we find the Section 69A being invoked in J&K whenever militancy or terrorism gets aggravated through social media incitements and messages. It was only in the case of Section 66A the Supreme Court found it ambiguous, vague, hence deserved to be dismissed. “A vague statute tends to widen the spectrum to catch more number of offenders which will definitely breach the principle of natural justice.”

Therefore, narrow tailoring of a penal statute is a must. Since it is not there, the removal of the Section itself became a compulsion for the Apex Court. However, the happy news for the country is that the government continues to have substantial powers of controlling the content of the Act.

One must admit that much of the problems come from the poor drafting of our statute and amendments. The Legislative Drafting (Bills) must be accorded much more precision than mere ‘lifting’ bodily from the foreign statute. Only then the law will become relevant, fair and just, to avoid PIL or other itigation as happened with Section 66A of IT Act, 2000.

Tailpiece: In America, the Right to Freedom of Expression is as close as it gets to absolute: You cannot be arrested even for such inflammatory acts as burning the National Flag or a Holy Book.

But in the US, it does not happen routinely or for revenge or to provoke another community. It may happen for fun or prove a point. Much depends on peoples’ sense of reason.

In Europe, the period of Renaissance, the Reformation and the Age of Enlightenment saw decriminalisation of blasphemy which was considered heinous crime attracting death penalty. But the Middle-East and some SE Asian countries seem to be still in the age of Darkness.

[NOTE: Sourced in parts from a handbook published by Bombay Chartered Accountants’ Society].