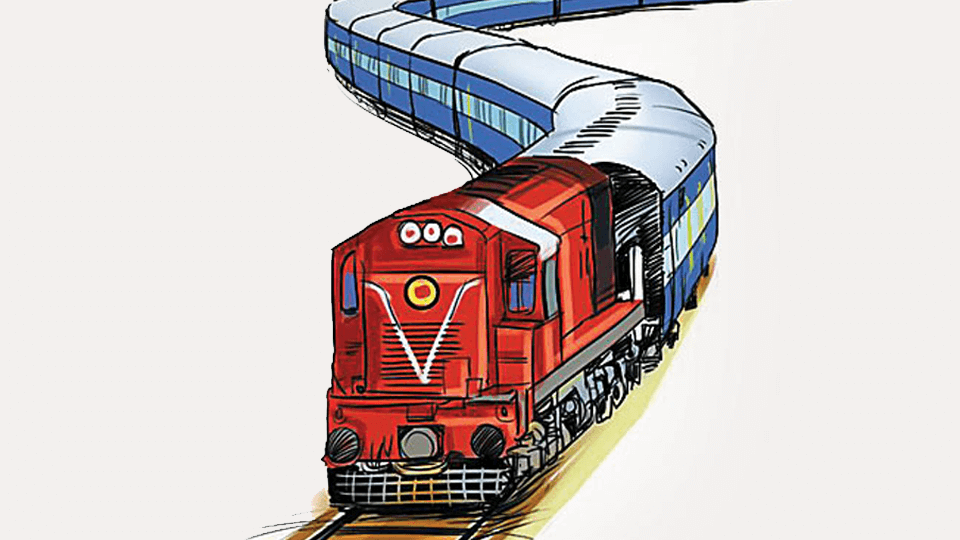 Mysuru: The best way to discover the country and the countryside is to travel by train and sitting in the compartment watch the beautiful greenery, long stretches of dry patches, rising mountains, flowing rivers and rivulets. However, all this recedes to the background if instead of enjoying magical moments the journey becomes a nightmare.

This is exactly what unfolded for a family from Kodagu travelling in Nizamuddin Express from Delhi to Mangaluru. A few miscreants in the train tried to harass them and snatch a gold chain. The family had to spend anxious moments for almost two days as neither the Railway officials nor the Railway Police came to their rescue.

Incident: Six members of a family from Kodagu that included Y.V. Ganapathy, Ganashri R. Shekar, R. Puja and Mani began their journey from Delhi on July 14. In the compartment they were travelling, most of them were said to be ticketless travellers. On the same night a miscreant had tried to snatch the gold chain worn by Mani weighing about 35 gms by trying to cut it with a knife.

The family members alerted by the commotion tried to catch the chain-snatcher but he jumped off the train. The family managed to retrieve the broken chain.

“Alarmed by this incident, we pulled the chain and the train stopped for about two minutes. However, no official came to the bogie. In all, we pulled the chain three times and finally a Railway Guard arrived. We told him about the incident. His callous response was, ‘We cannot do anything. In another one-and-a-half hour we will reach a station. If you want you can register a complaint there. If you try to pull the chain again, we will have to take action,’ is how he threatened us,” Ganashri told the media.

When the train reached the station, the family tried to complain to the Railway Police, they refused to register a complaint. “You go to your place and complain, we cannot do anything here,” was their stern response. At that time, the families from Kerala and Mumbai who were travelling in the neighbouring compartment also joined them and argued with the Police.

They charged that even in their bogie miscreants were indulging in smoking and drinking. Finally, the Police agreed to register the complaint but just took our name and address in a white sheet of paper, said Ganashri.

Expressing concern, they urged at least in future the Railway Police would put a stop to such incidents.