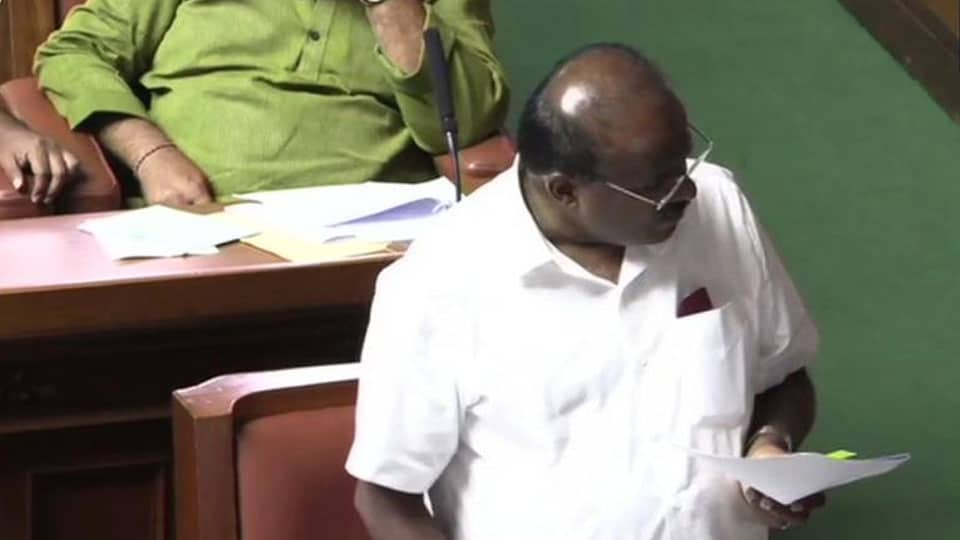 Bengaluru:  There seems to be no end to the political crisis in Karnataka anytime soon. Yesterday the State was a witness to an action-packed events where the rebel MLAs in the crisis-hit ruling JD(S)-Congress coalition flew to Bengaluru to meet Assembly Speaker K.R. Ramesh Kumar and handover the resignations in a prescribed format.

Later, the Speaker moved Supreme Court asking for more time to decide on these MLAs’ resignation and Chief Minister H.D. Kumaraswamy put up a brave face claiming his government still has the numbers and he does not need to resign.

Today looks no different. The rebel MLAs, who met the Speaker at Vidhana Soudha, returned to the posh hotel in Mumbai. In Delhi, the Supreme Court took up the pleas and directed the Speaker to maintain status quo on resignation and disqualification of 10 rebel MLAs till July 16 (Tuesday).

The Assembly session began this morning and as soon as the Speaker took up obituary references, Kumaraswamy urged the Speaker to allow him to seek a trust vote. “After all these developments, I am seeking your permission and time to prove the majority in this session,” the CM said.

Kumaraswamy’s move took the BJP by surprise and State BJP President B.S. Yeddyurappa staged a walkout and headed towards his chamber along with a few MLAs to chalk out the next strategy following Kumaraswamy’s request.

With this, the political crisis is set to drag on for a few more days. As of now, 16 MLAs (13 Congress, 3 JD-S and 2 independents) have resigned bringing down the Assembly strength from 224 to 208.

The Congress-JD(S) strength has come down to 101 (including one from BSP), while BJP has 105 and support of two Independent MLAs.