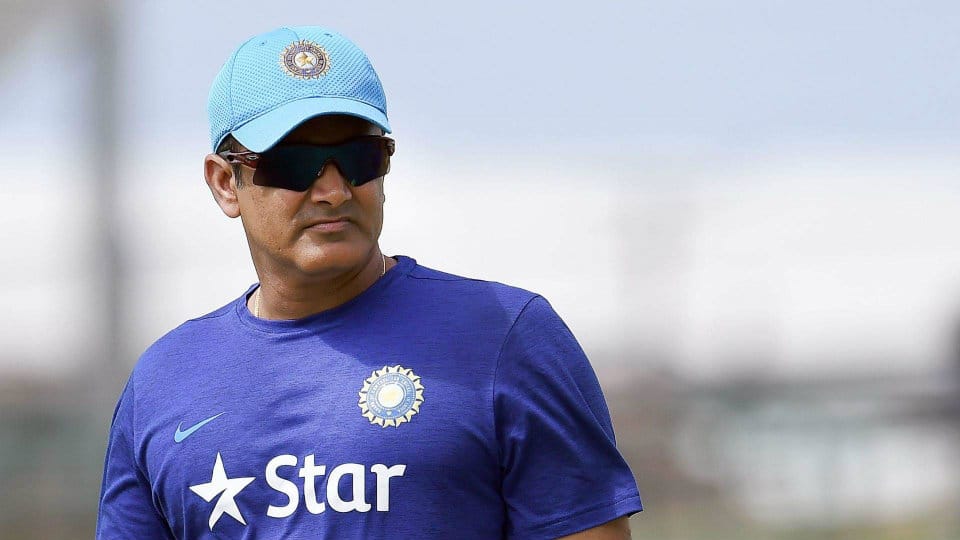 All seems to be not well in the Indian men’s cricket team with Anil Kumble stepping down as the Head Coach of the team. The BCCI’S Cricket Advisory Committee (CAC) comprising of Saurav Ganguly, VVS Laxman and Sachin Tendulkar had chosen their former teammate as head coach in June 2016. When the Indian team flew off to the West Indies from Heathrow yesterday morning, one prominent man was missing from the party. Kumble chose to stay back in London and attend an ICC Cricket Committee meeting which was evident he no more wanted to continue as a coach as the difference between him and Kohli has reached its pinnacle.

BCCI confirmed Kumble’s resignation through social media and later also issued as press release yesterday. The BCCI said batting coach Sanjay Bangar and bowling coach R. Sridhar would work as stop-gap coaches in the Caribbean. India play their first ODI at Port of Spain on June 23. The BCCI has deputed M.V. Sridhar, GM – Cricket Operations to supervise the team management for the West Indies tour. The team did well under Kumble in the past 12 months. He was a direct entry into the coach selection process while the others who applied for the post were Virender Sehwag, Tom Moody, Richard Pybus and Lalchand Rajput and Dodda Ganesh.

Here is the full text of Kumble’s letter to BCCI

I am honoured by the confidence reposed in my by the CAC, in asking me to continue as Head Coach. The credit for the achievements of the last one year goes to the captain, the entire team, coaching and support staff.

Post this intimation, I was informed for the first time yesterday by the BCCI that the Captain had reservations with my ‘style’ and about my continuing as the Head Coach. I was surprised since I had always respected the role boundaries between Captain and Coach. Though the BCCI attempted to resolve the misunderstandings between the Captain and me, it was apparent that the partnership was untenable, and I therefore believe it is best for me to move on.

Professionalism, discipline, commitment, honesty, complementary skills and diverse views are the key traits I bring to the table. These need to be valued for the partnership to be effective. I see the Coach’s role akin to ‘holding a mirror’ to drive self-improvement in the team’s interest.

In light of these ‘reservations’, I believe it is best I hand over this responsibility to whomever the CAC and BCCI deem fit.

Let me reiterate that it has been an absolutely privilege to have served as Head Coach for the last one year. I thank the CAC, BCCI, CoA and all concerned.

I also wish to thank the innumerable followers and fans of Indian cricket for their continued support. I will remain a well-wisher of the great cricketing tradition of my country forever. – Anil Kumble