KIDSWORLD MONTESSORI, VIJAYANAGAR 4TH STAGE: The 1st Annual Day of the School was celebrated at its premises recently. Raghavendra Karpoor, Founder of Inchara Vidyalaya and President of Rotary West, was present as a guest of honour. Children presented cultural programmes on the occasion. 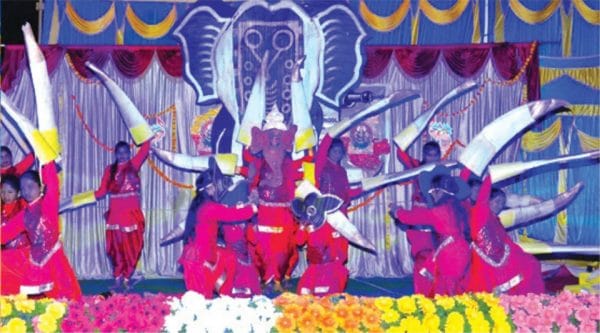 In his address, Prof. Syed Akheel Ahmed said that India has the largest youth population in the world and shaping this largest force rests with the parents, teachers and the school administration.

He quoted Bhagavad Gita which says ‘One who sees inaction in action and action in inaction, he is wise among all people and he is well integrated and accomplishes his actions.’

Syed Shafi Ahmed, Secretary of the Institution, highlighted the important role of students, parents, teachers, administration, society and the government in the education system.

Arif A. Mehkri, President, in his message, advised students to bring laurels by their hard work.

The students presented a colourful cultural programme on the occasion.

Rizwan Ahmed, Muneer Ahmed, members and parents were present on the occasion.