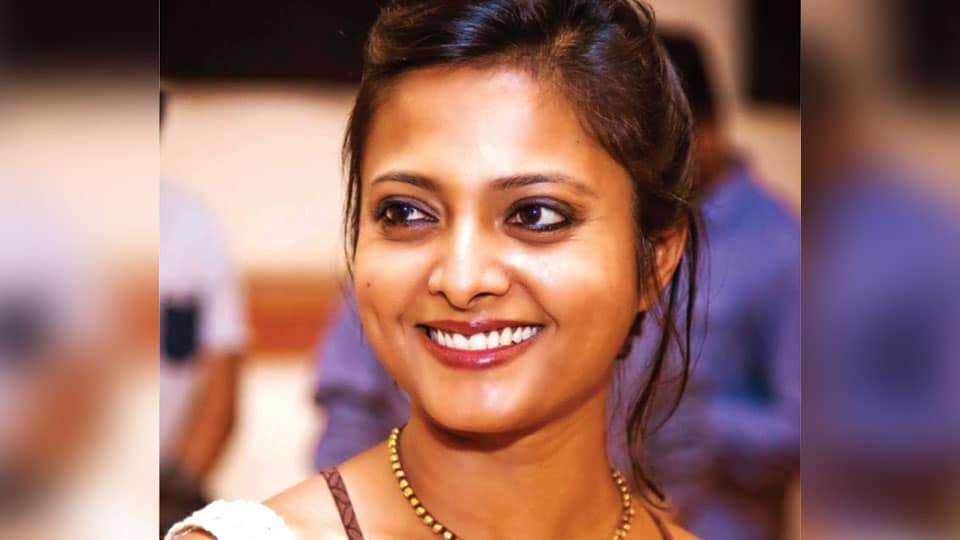 A chat with Namma Hudugi Niveditha…

One of the finest actors to have emerged from Namma Mysuru is Niveditha. An alumnus of Marimallappa’s PU College, she completed her Computer Science Engineering from a college in Bengaluru and worked for a software firm before deciding to try her luck in Kannada film industry.

To hone her acting skills, she joined Bollywood actor Anupam Kher’s acting school ‘Actor Prepares’ in Mumbai where she was groomed as an actress. Later, Niveditha went to the famous Ninasam in Heggodu and learnt the finer nuances of theatre acting before stepping into the glamour world. Her role as Savanthri in ‘Avva’ directed by Kavitha Lankesh won her the State Award for Best Supporting Actress in 2008.  Niveditha also won the State Award for Best Actress for her role as Devakka in ‘December 1’ directed by P. Sheshadri in 2013. Currently, she is preparing for the release of her upcoming thriller ‘Shuddhi.’

Star of Mysore caught up with Niveditha during her recent promotional visit to city. Excerpts…

Star of Mysore (SOM): Having studied Computer Science Engineering, what made you enter the glamour world?

Niveditha: It was never the pull for movies that I entered the film industry. In fact, I had never thought in my wildest dreams that one day I would be an actor. I was just looking to run away from work as a software engineer.  After deciding to quit the job, I had a few things in my mind and one of them was to be an actor. I wanted to come out and experience different aspects of life and meet a lot of people. Honestly, I don’t even know at what point I decided to join the movies.

READ ALSO  Love on Stage: Chandan Shetty asks Niveditha “Will You Marry Me?”

SOM: You have been trained at ‘Actor Prepares’ run by Anupam Kher and also at Ninasam. Share with us your experience?

Niveditha: I never knew the importance of theatre education as I only thought about being a movie star. But once when I was watching TV, I happened to see the inauguration of ‘Actor Prepares’ by the legendary Amitabh Bachchan and Aamir Khan which motivated me to join the acting school and so I was there for the second batch. When I started to watch the interviews of the actors whom I admire I came to know that every actor had the theatre background. So that’s when I decided to study theatre and landed in Ninasam. Initially, I attended a 20-day workshop prior to joining the course. Though I couldn’t complete the course it helped me a lot to improve my acting skills.

SOM: How do you think theatre education is important for an actor to enter into films?

Niveditha: There are exceptions with respect to few actors who have been brilliant without being trained. I strongly feel that theatre education is one of the most important factors for a person to grow as an actor. I believe there should be a give and take between theatre and film which is completely lacking in Kannada Film Industry unlike Bollywood where theatre artistes are respected and their talents utilised. In fact, one of the main reasons I agreed to act in ‘Shuddhi’ was because of the fact that majority of the actors and technicians had theatre background.

SOM: You have been in the industry for the last 10 years. What changes have you observed?

Niveditha: I was so excited to see new kinds of movies being done and the doors being open for new-comers. New-generation film-makers have been doing a fantastic job and that has resulted in people getting to watch films like ‘Thithi.’ Definitely, there was dearth of good movies in the industry but of late, audiences are coming into theatres to watch Kannada movies as the quality of the films has also improved. There are good cinemas coming and I only hope that it continues for many years to come.

READ ALSO  Love on Stage: Chandan Shetty asks Niveditha “Will You Marry Me?”

SOM: As a young actress, you have already won two State Awards which not many have achieved. How does it feel?

Niveditha: It has only added to my responsibility as an actress. Initially, I was in tears when I saw myself on screen when ‘Avva’ was released. I thought my career as an actress was over before it could begin. But luckily, I won the State Award for the Best Supporting Actress and since then the journey has been good. Honestly, when I look at my own work, I check for flaws so that it is not repeated in my next performance and that gave me the Best Actress Award for ‘December 1.’ And I believe that as an actor, it is important to keep learning by looking at others performing on screen. 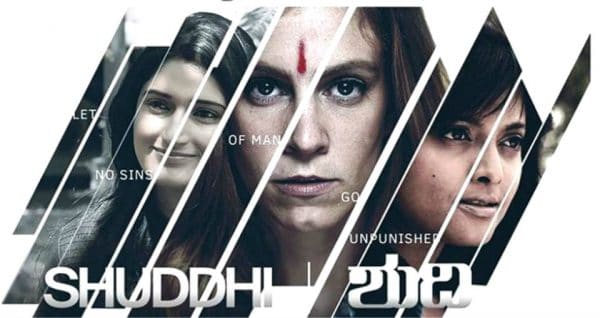 SOM: What’s your role in the movie ‘Shuddhi’?

Niveditha: ‘Shuddhi’ is a female-centric suspense-thriller which is based on how three women come together to fight against injustice. It is based on true stories. I play the role of a journalist who is not only writing books but also directing street plays and trying to create awareness on how women are being treated in society and also about the different laws which are framed to protect women.