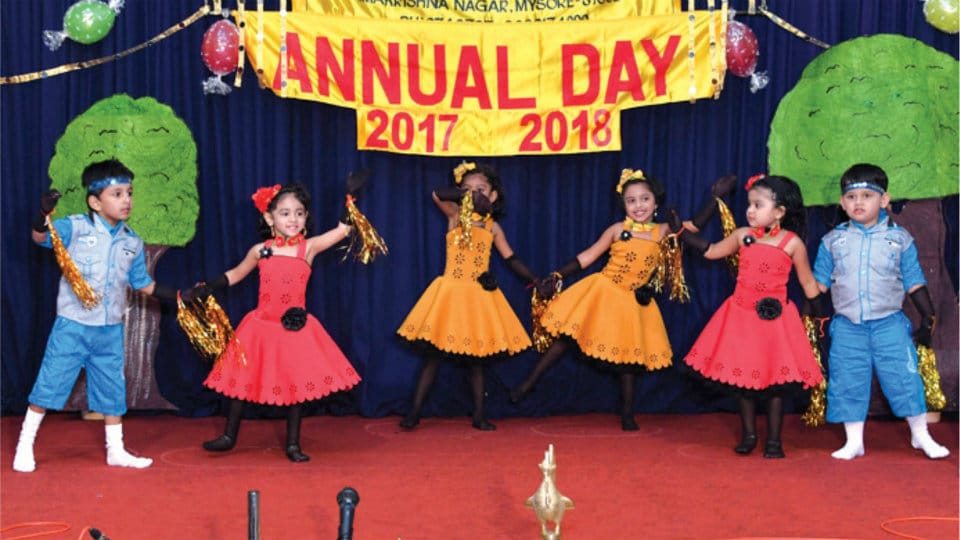 Bengaluru: The Department of Public Instructions has banned film songs and dance during Annual Day celebrations at both government and private schools from next academic year.

Officials in the Department of Primary and Secondary Education told media persons that this decision was taken at a meeting recently and an order in this regard has also been issued.

As per this order, the children can sing and dance only to songs based on patriotism, history and mythology reflecting the culture and tradition of the land but not for film songs.

Some schools have already implemented this order strictly and it will be compulsorily implemented in all schools from next academic year. The Department felt that it was not wise for children to perform dance for film songs as it creates negative influences in young minds.

Department of Public Instructions has also banned screening of films to students at subsidised rates in government schools.

The Department issued a circular to this effect after they found that several film producers were approaching government schools and wooing teachers to make their students watch films at discounted rates. They offer discounts ranging from 25% to 50% on the ticket cost.

“We have been receiving several proposals like this and we have also observed that the film producers produce fake                            permission letters so that students come and watch the film,” said a circular issued by S. Jayakumar, Director, Primary Education. He said that several Deputy Directors of Public Instructions were also giving permission to schools to take children for films.

The officials said this had become an “embarrassment” to them as many students were from low economic background and the financial situation of parents was a matter of concern. “When the parents are finding it difficult to make ends meet, making it mandatory to watch films by paying money is not feasible,” the official said.