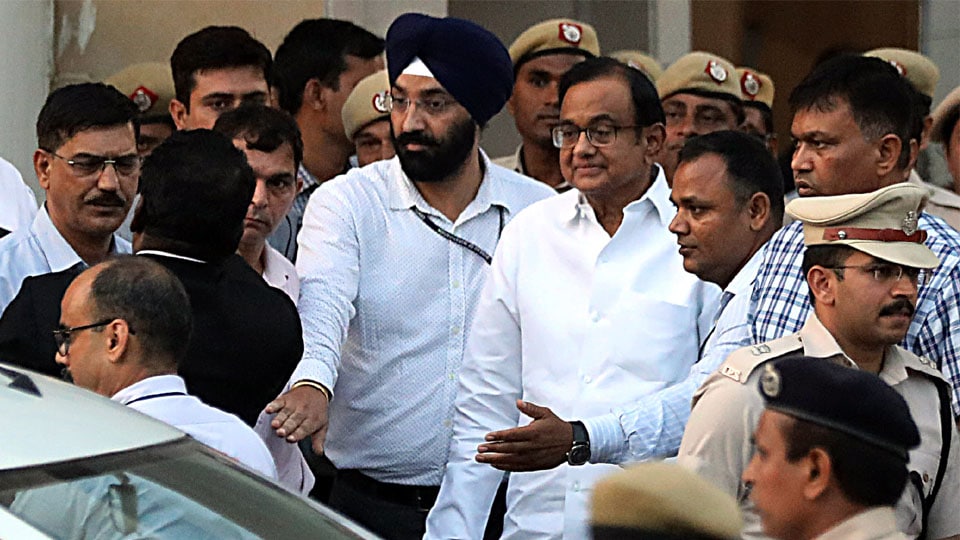 New Delhi: In a setback for former Finance Minister P. Chidambaram, the Supreme Court this morning said it cannot convert their petition against rejection of anticipatory bail by the Delhi High Court into a petition for regular bail and refused to entertain the plea against the CBI.

The Top Court said Chidambaram may move regular bail before the concerned court that is the Special CBI Court that sent him to CBI custody for four days last Thursday.

Prior to this, the Congress leaders had moved the Top Court, saying his plea challenging the trial Court’s order remanding him to CBI custody in the case has not been listed for hearing today despite the Apex Court’s direction on August 23. The Supreme Court said the plea will be listed for hearing after the registry gets necessary orders from Chief Justice of India Ranjan Gogoi.

A Bench of Justice R. Banumathi and Justice A.S. Bopanna observed that the plea against anticipatory bail has become infructuous and Chidambaram’s lawyers – Kapil Sibal and A.M. Singhvi – had not yet filed a third petition against the CBI remand. “It has not been listed so far. And we can’t pass order on listing. It is for the CJI to do”. Chidambaram, whose CBI custody is ending today, will be produced before a trial Court where the agency can further seek his custody. At present the Apex Court Bench is hearing issues relating to the money laundering case lodged by the ED in connection with the INX Media scam.