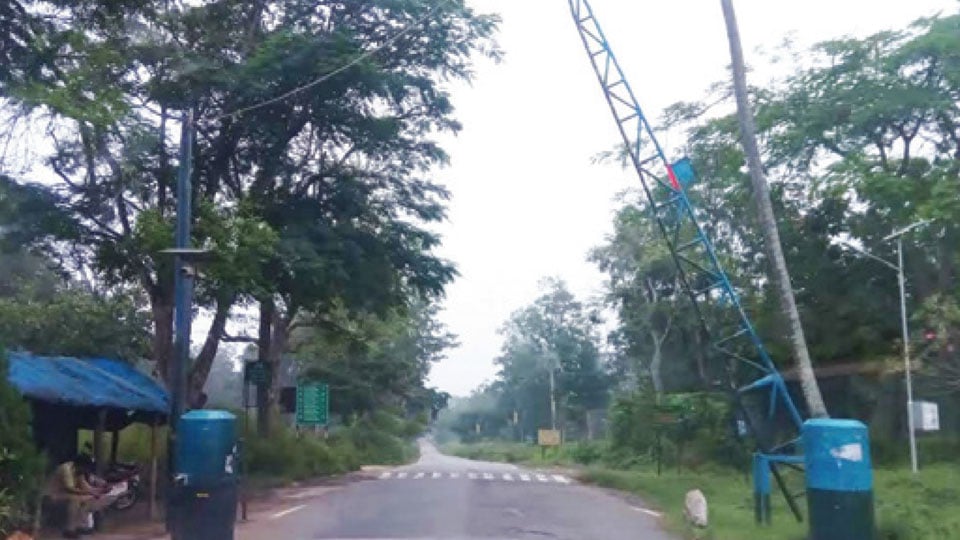 Night traffic ban proposal at Anechowkur Gate: MLA Bopaiah says it is a ploy of pseudo-environmentalists

Madikeri: The proposal to impose a night traffic ban on Thithimathi-Hunsur highway is a ploy by pseudo-environmentalists and some Forest Officers, alleged Virajpet MLA and former Assembly Speaker K.G. Bopaiah. He said that the move will not be considered at any cost.

The Kallahalla Range of Nagarahole National Park has been handed over by the Centre to the Tiger Zone under the Nagarahole Tiger Reserve. As such, the Anechowkur Gate that connects Mysuru and Bengaluru to South Kodagu will come under the Protected Zone where night traffic is likely to be banned from 6 pm to 6 am. Such rule exists in other gates of the Tiger Reserve at Kutta where the night traffic rule has been imposed. The Anechowkur Gate is critical junction and the road is taken by travellers who move between Mysuru, Kodagu and Kerala. People of South Kodagu depend on this road to reach Mysuru. If this road is closed, people have to take a 16-kilometre-long route via Gonikoppal, Pollibetta, Hundi, Holamaala, Maldare and Periyapatna.

Speaking to press persons at Madikeri yesterday, Bopaiah said that some pseudo-environmentalists from Kodagu have been demanding a ban on night traffic on this stretch for the past couple of years. Although the proposal cannot be out rightly rejected, it is important that an appropriate decision be taken based on the sentiments of the people.

Asserting that the proposal must not be implemented, he said that any proposal should not be aimed at inconveniencing the public. Terming the Forest Department’s action of merging the Reserved Forest coming under Devamachi and Mavukal limits along Thithimathi-Hunsur Main Road with Mathigodu Wildlife Zone of Nagarahole National Park as illegal, Bopaiah alleged that the Forest Department had violated all norms in doing so.

Accusing the Forest Department of taking arbitrary decision without consulting even the Gram Panchayat, the MLA alleged that the Department was pursuing anti-people policies as per its whims and fancies.

Continuing his attack on the Forest Department, Bopaiah said that the Department’s policies were driven by those who sit inside the comforts of Bengaluru’s Aranya Bhavan. Accusing some Department officers of being influenced by pseudo-environmentalists, the MLA warned that the motivated actions of the Forest Department cannot be tolerated any longer and he would raise the issue at the appropriate platform.