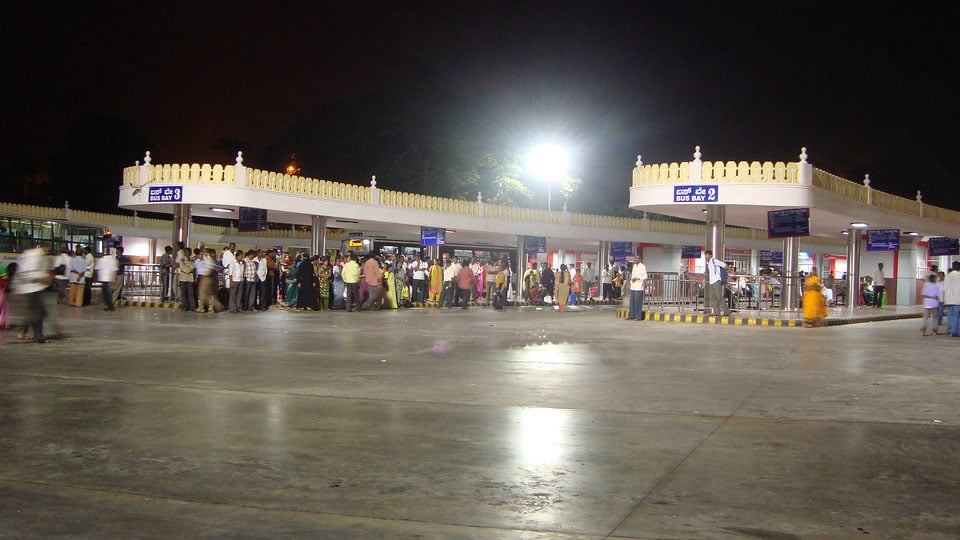 Mysuru:  An incident of burglars attempting to burgle a photo copy shop and a bus pass counter at the subway of City Bus Stand by forcibly opening the rolling shutters has taken place at Devaraja Police limits in city.

The incident came to light when T.S. Mahesh, a KSRTC employee, reported to work on Aug.10 at about 6 am and was contacted by security personnel Muthappa Somanaala  and Nagaraju.

It is suspected that the burglars may have attempted to burgle the bus pass counter and the photo copy shop between 10.30 pm on Aug.9 and 6 am on Aug.10. The burglars have forcibly opened the drawer at the bus pass counter but have stolen nothing there. They then gained entry to the photo copy shop by opening the shutter of the shop but here too, the burglars have stolen nothing, said the Police. A case has been registered at Devaraja Police Station in this regard.

In another incident, burglars, who entered into a shop at Udayagiri by forcibly opening the shutter of the shop, have decamped with Rs.5,000 cash and fake jewellery, which was being given on rent from the shop.

The burglary took place at the shop of one Uma. On Aug.9 at about 10.30 pm, Uma closed the shop and went home and when she returned the next day morning, the burglary has come to light and she immediately lodged a complaint at Udayagiri Police Station.

Devaraja Police limits
House burgled at Dattagalli: Valuables and Rs.50,000 cash stolen
How to cure our officials from MAFA disease?