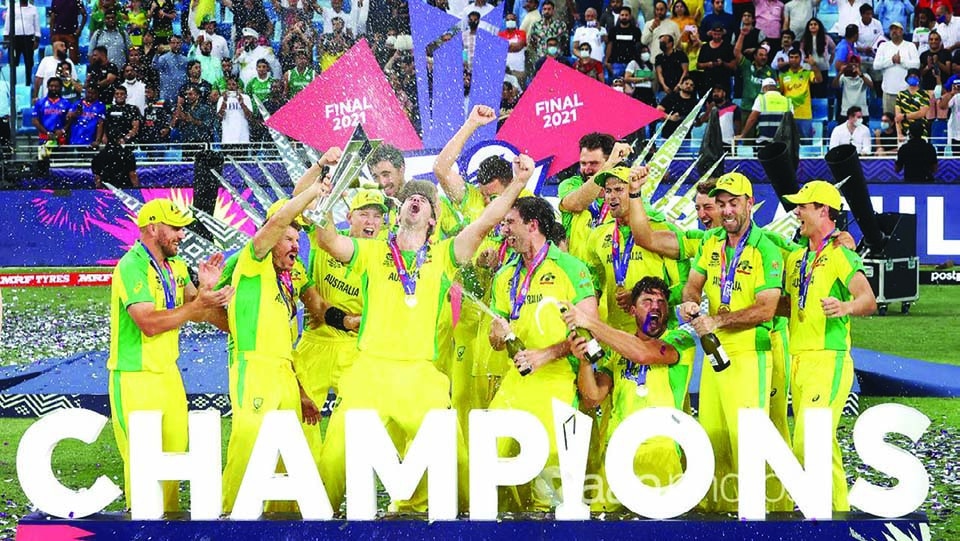 Australia clinched their maiden T20 World Cup title, crushing New Zealand by eight wickets in the final at Dubai International Stadium yesterday. Having been beaten by England in the 2010 final in Bridgetown, Barbados, the Australians were not to be denied this time around as they produced a brilliant batting display in the chase to completely outclass New Zealand. Mitchell Marsh (77 not out) and David Warner were the stars in chase for Australia while Josh Hazlewood was the standout with the ball in hand. Score: New Zealand – 172/4 (20) lose to Australia – 173/2 (18.5).