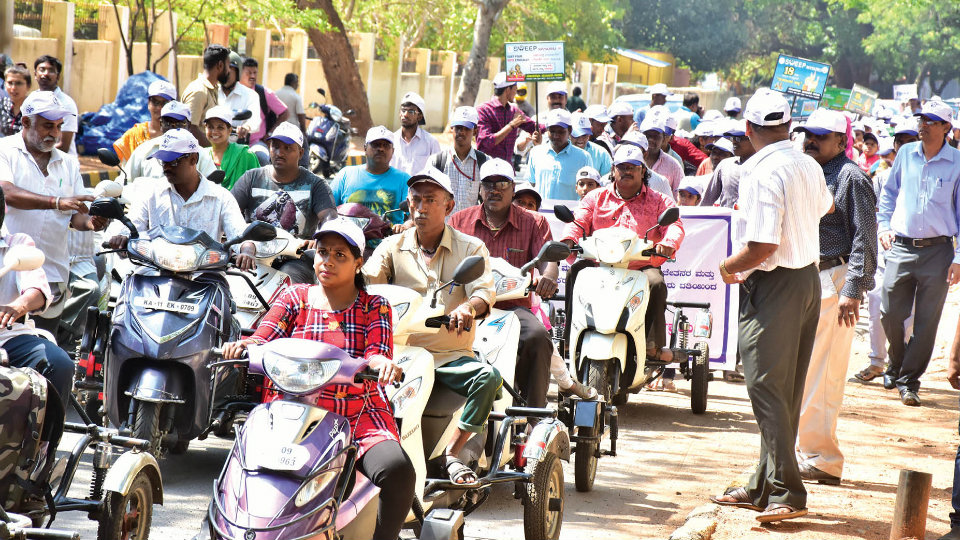 Speaking on the occasion, he  highlighted the special measures taken by the Election Commission to facilitate voting by specially abled persons and appealed them to exercise their franchise in the LS polls without fail.

The Jatha passed through AIISH and RIE before culminating at JSS Polytechnic for Differently Abled in SJCE campus, where a documentary that explained the entire procedure of voting for differently abled was exhibited.