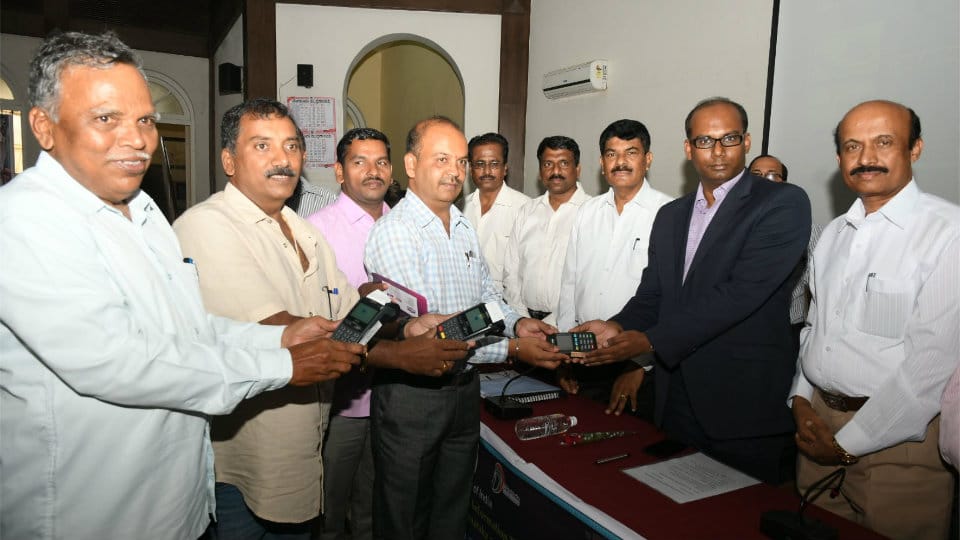 Lead Bank Chief Manager K.N. Shivalingaiah said that after demonetisation of Rs. 1,000 and Rs. 500 currency notes in November 2016, digital banking has picked up in rural areas. To promote cashless transactions, payments are being made through biometric system to job card holders under the Mahatma Gandhi National Rural Employment Guarantee Act (MGNREGA) scheme. The card holders just need to seed their Aadhaar card numbers to utilise the transaction, he said.

Shivalingaiah said to promote digital transactions in rural areas, the authorities have appointed business correspondents in villages with a population of over 2,000 people. A majority of villagers are coming forward to use Point of Sale (POS) and biometric machines for transactions, he said.

He said that there is a good demand for PoS from customers as banks have been providing the machines to customers either on rent or on commission basis. He explained that three types of machines are available for digital transaction POS — point of sale terminal, POSTN — an electronic device used to process card payments at retail locations and GPRS based system. The respective banks decide on the charges and a few banks have also issued machines without any charges to their customers, he said.

As many as 35 POS?machines, 25 Rupay cards were distributed among the businessmen who attended the programme. Mysuru Assistant Commissioner C.L. Ananda, ZP Finance Officer Nagaraju, SBI Mysuru Assistant General Manager K.P. Mahadevakumar and others were present.