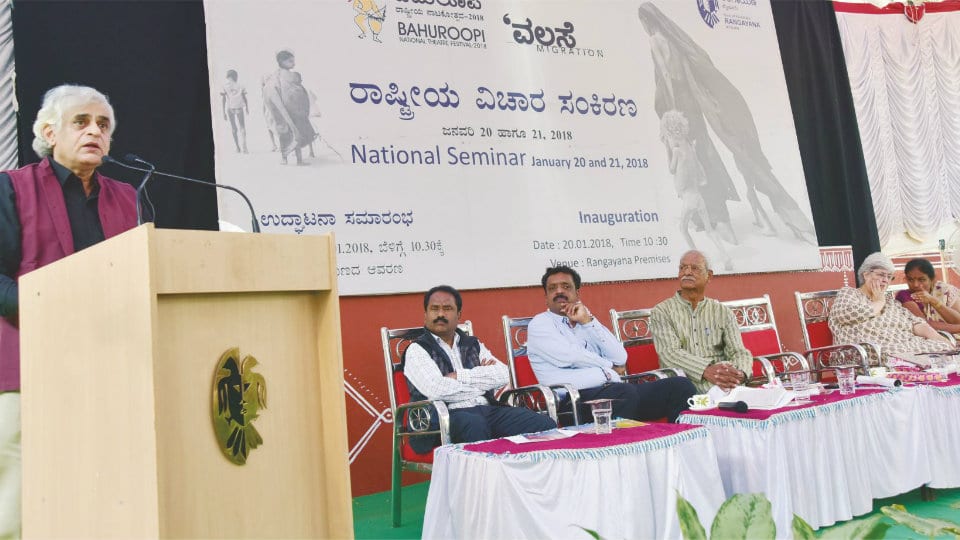 Mysuru: Senior journalist P. Sainath alleged that demonetisation had badly hit migrant workers who used to send money home every week. He was speaking during the inaugural session of the two-day National Seminar on ‘Migration,’ organised as part of Bahuroopi Theatre Festival, at Rangayana premises here yesterday.

He added that farmers who relied on their children working elsewhere for monetary help too were affected. Citing an example, Sainath said that workers would migrate from Maharashtra to bordering Karnataka to cut sugarcane who were usually paid in Rs.500 currency notes which was stopped on demonetisation.

Referring to over importance  being given now for bio-metric authentication, Sainath observed that owing to nature of work, the finger print impressions of migrant workers changed constantly depriving them of ration and other amenities. 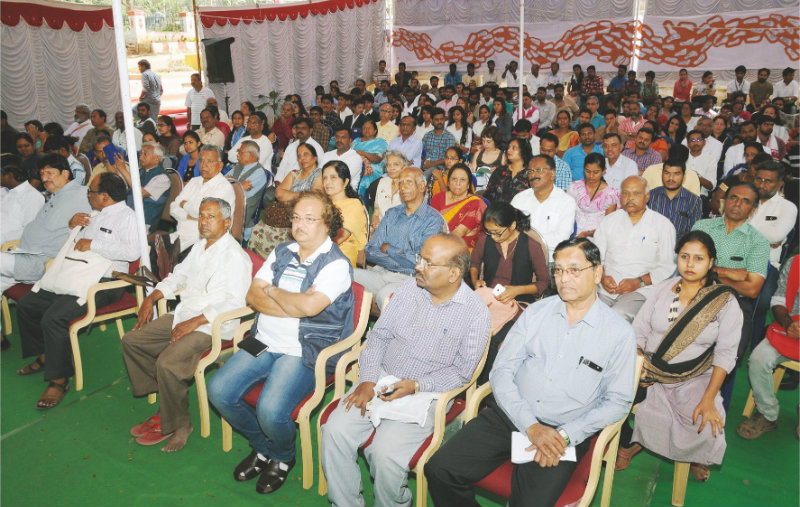 Speaking on the occasion, Elkunchwar pointed out that migration of people dates back to ages which could be either by choice or under forced circumstances. He contended that migrants too have contributed immensely to growth of the  nation citing the achievement of the Tata Group. However, he opined that migrants should embrace the local culture. He added that USA too was a land of immigrants.

Advocate and writer Nandita Haksar, who was the chief guest at the programme, strongly opposed the inauguration pattern where a ‘Kole Basava’ was allowed on stage along with two fortune tellers. She contended that it appeared like a BJP agenda and even asked people to support her by clapping.