Home » News » Bahi Khata is back 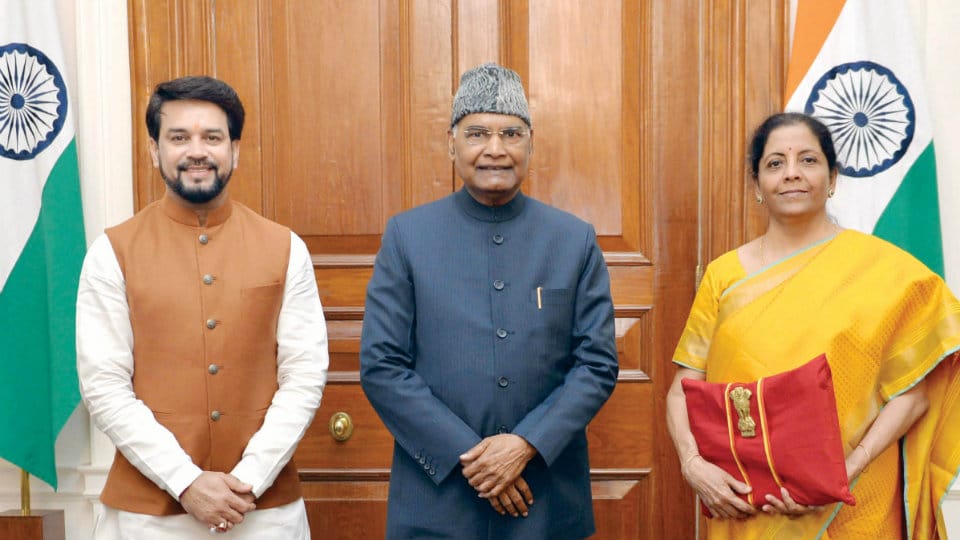 Bahi Khata is back

In 2019, Finance Minister Sitharaman ditched the colonial legacy of a Budget Briefcase for a Bahi-Khata to carry Union Budget Papers.

The word ‘Budget’ originated from the French word Bougette, which means leather briefcase. In 1860, the then British Budget Chief William E. Gladstone used a red suitcase with Queen’s monogram embossed in gold to carry his bundle of papers. It came to be known as ‘Gladstone Box’.

In Britain, one Budget briefcase is passed on from a Finance Minister to another, whereas in India, different FMs used to carry different briefcases. The original Gladstone Bag had become so shabby that it was officially retired from British service in 2010.

Budget briefcase came into being because Gladstone’s speeches were extraordinarily long and he needed a briefcase to carry his speech papers.

On Budget day, the Finance Minister of India poses with the Budget bag outside the Parliament. In Britain, the Chancellor of the Exchequer poses with his suitcase in front of 11 Downing Street before Budget speech.

India’s first Finance Minister R.K. Shanmukham Chetty carried a leather portfolio to present the first Budget in 1947. Besides, from 1970 to 2019, Indian Finance Ministers started carrying a hardbound briefcase. Unlike Britain, its shape and colours used to vary.

During the last Budget Session, Finance Minister Sitharaman did away with the colonial legacy of a Budget briefcase for a Bahi-Khata to carry Union Budget papers to present the Union Budget 2019 on July 5, soon after the ruling BJP won a brute majority and the Modi Government retained the incumbency.