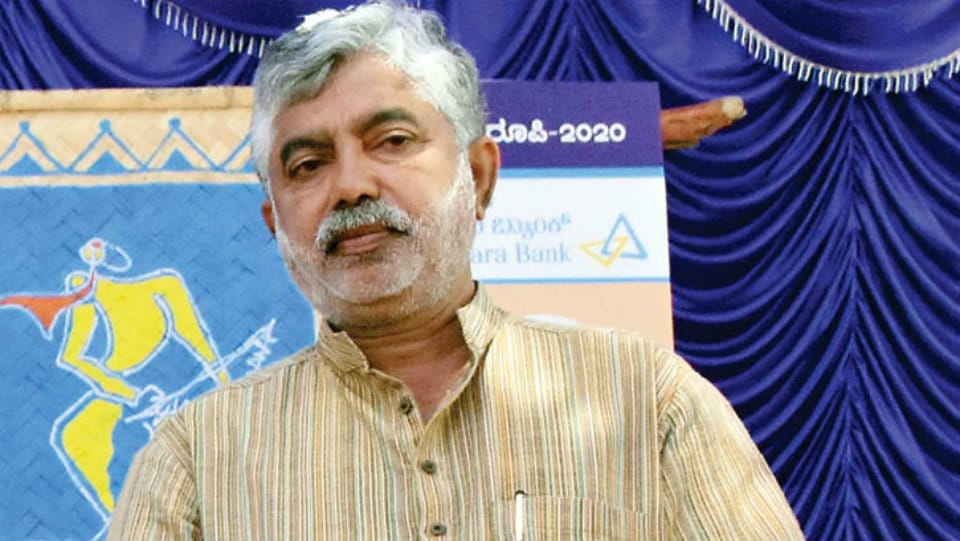 New dates will be announced in the first week of Jan., 2022

Mysore/Mysuru: The discovery of Omicron Variant of the deadly Coronavirus  in the country has had its effect on Mysuru too, as the city’s theatre repertory, Rangayana, has postponed the much awaited ‘Bahuroopi-2021’ National Theatre Festival, which was scheduled to take place from Dec. 10 to 19.

In a press release issued today, Rangayana Mysuru Director Addanda C. Cariappa said that Mysuru Rangayana was making elaborate arrangements to host the  10-day annual Theatre Festival from Dec.10 to 19 and 70 percent of the preparations were over.

But the Government taking note of the threat of Omicron variant, coupled with a sudden spurt in COVID cases, issued a fresh set of SOPs on Dec. 3, according to which not more than 500 people are allowed to take part in a programme, event or function. As the National Theatre Festival is expected to draw huge crowds and also more than 500 artistes are supposed to take part in the Festival every day, the Rangayana sees no purpose in conducting the Festival with crowd capping and other restrictions. As such, it has been decided to postpone Bahuroopi National Theatre Festival and the new dates will be announced in the first week of January, 2022, in accordance with the then Government guidelines. However, there will be no changes in respect of the participation of theatre groups, folk troupes, resource persons and all other guests decided earlier. Rangayana regrets any inconvenience that has been caused to all those concerned with the festival, the release said.