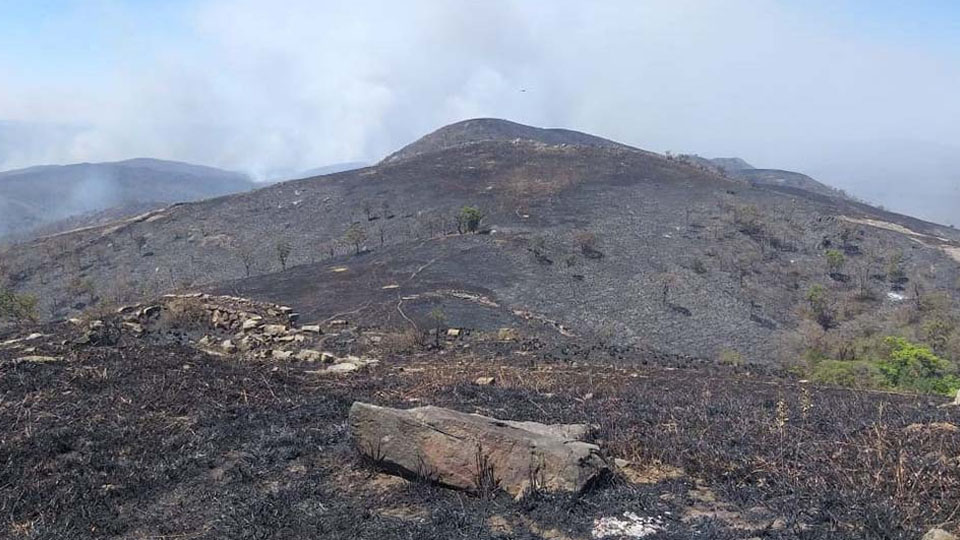 Bandipur Forest is not completely gutted

Mysuru:  Though the fire has destroyed a portion of Bandipur Forest, the entire forest is not burnt and no wildlife has been harmed, clarified new Bandipur Project Tiger Director T. Balachandra.

Speaking to Star of Mysore, he said that as the fire mishap took place in the forest adjoining the main road, it has come in the minds of the people that the entire Bandipur has been destroyed in the fire which is not true and clarified that only some parts of the forest has been destroyed.  No harm has been caused to the thick forest vegetation in other parts besides stating that the wildlife was safe and no harm has been caused to them.

Taking charge as the new Director in place of former Director Ambadi Madhav, Balachandra, who held a meeting with the forest staff instructed them to work for the conservation of the forest as summer would continue for 70 days more. Stating that though 35 summer days have passed and 70 more days is yet to go, he said that the forest staff would be keeping a hawk eye over the forest day and night to thwart any incidents of fire and added that the co-operation of the public and residents of villages in forest borders was needed to  safeguard forests.

Balachandra said that watchers, guards and other forest staff have been provided food, medicines and other facilities and leaves have been cancelled. Stating that the villagers should teach a lesson to those who ignite fire in forests, Balachandra has requested the villagers to inform the Department against such persons who try to destroy forest.

He said that precautions are being taken to see that such incidents do not occur again and added that Quick Response Teams have been deployed in vehicles in all forest zones. Three big and 11 small fire extinguishing vehicles are being used.

The Safari which was stopped from Feb. 23 began from today at Bandipur, according to a press release from T. Balachandra.

The safari was stopped as the forest staff was deployed at various parts of Bandipur Forest to extinguish the raging fire, which has destroyed some parts of the Tiger Reserve.