Home » Columns » Belur to Tagore: Who is Tagore ? 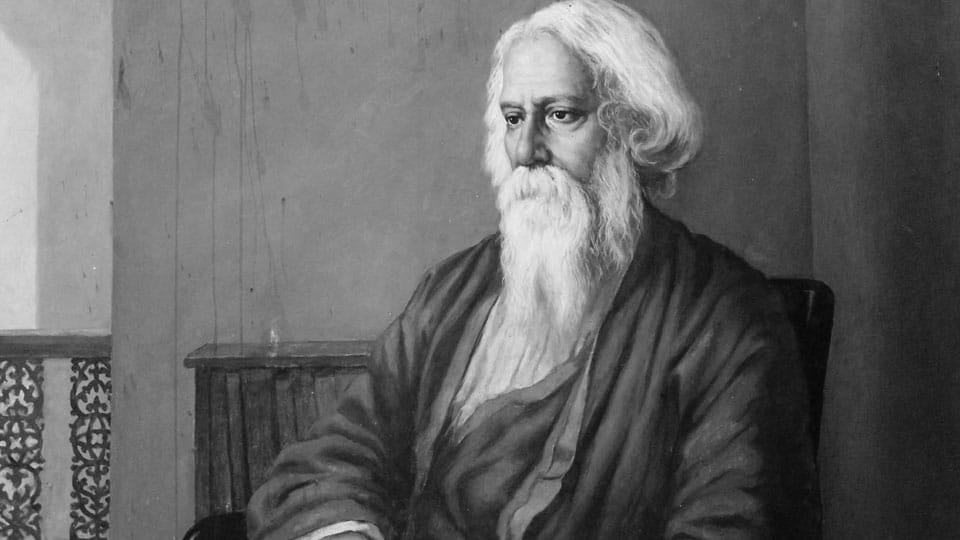 Belur to Tagore: Who is Tagore ?

Prime Minister Modiji said at Belur Mutt: “Swami Vivekananda lives in the hearts and minds of crores of Indians.” Then he said: “The new citizenship laws will not take away anyone’s citizenship.”  Then two things happened.

1.  The Belur Mutt lost no time in distancing itself from the Prime Minister’s position.  The Mutt was apolitical, its spokesmen said, where people of all religions lived like “brothers born of same parents.”

Were Vivekananda and Narendra Modi speaking about the same nation, the same religion?  More than a century later, Vivekananda’s words at Chicago still resonate across the world as relevant.  Narendra Modi’s words are seen as relevant only to hardcore Hindutva politicians.

Vivekananda represented Hinduism’s universal values and its philosophy of tolerance that won respect across the globe.  Hindutva is a political gimmick that divides people for political gains.  One enables visionaries to rise.  The other makes bigots like ABVP’s Akshar Awasti boast: “There was a man with a flowing beard.  He looked like a Kashmiri. I beat him up.” Awasti is Ministerial material in the India we don’t want. But others like him are already in power. Which other Home Minister in which other country will threaten Opposition leaders as Amit Shah did last week?  Consider two intimidating quotes.

1. “Congress, listen.  Listen carefully.  Oppose it as much as you can, we will rest only after giving citizenship to all those covered under CAA.”

The language and the tone of these statements are those of a bully ready to use brute force to silence critics.  Modi sounds different because of his gift of showmanship and his ability to ignore the difference between words and actions.  A master of visuals, he joined morning prayers at Belur Mutt and spent time in Vivekananda’s room, doing photogenic pranayama. The world was also informed that the Prime Minister skipped his usual morning walk and had upma and dosa for breakfast.

Knowing how to use public relations smartly is a gift in itself.  But no amount of PR can wipe out the travails of those who now have to prove their citizenship.  Among the uneducated and the poor, how many will have documents such as birth certificates and residential documents of parents? As Prashant Kishor said the other day: “To throw out 3 percent illegal residents, 97 percent have to go through unimaginable logistical nightmare.”

Ignoring the nightmares of innocent citizens, Modi-2 chose to be more stridently Hindutva than Modi-1.  Its newfound authoritarianism forced even the usually cautious business community to express concerns.  The Government will not budge.  The CAA is the first instance in India of citizenship getting linked directly to religion.

The BJP’s own ability to handle the complications arising from ‘reforms’ like CAA seems doubtful.  It is a party with no second level of leadership.  J.P. Nadda, newly appointed President of the party, is a nobody in all-India terms.  Vijay Rupani is a loser in his own home base of Gujarat.  Manoharlal Khattar and Devendra Fadnavis have been unable to grow even inside their States.  Modi-Shah duo is a banyan tree under which nothing grows. Hence the resort to gimmicks, threats, false posturings and untruths.

Which lends relevance to a recent Tony Joseph declamation: “Lies that are outright.  Lies that are quarter true.  Lies deep-fried in malice. Lies lightly cooked in pseudo-concern.  Lies that came readymade from the factory.  Lies custom made.  Lies practised and repeated.  Lies spontaneous.  Lies that make you hate. The regime lives on lies.”

Harsh realities put in harsh words.  But the scenario was foretold by Tagore in  Gitanjali’s immortal words. Is the mind without fear and the head held high in Amit Shah’s India?  Is ours a world that has not been broken up into fragments by narrow domestic walls, where words come out from the depth of truth, where the clear stream of reason has not lost its way into the dreary desert sand of dead habit?  Can we pray with hope: “Into that heaven of freedom, my father, let my                country awake!”

Narendra Modi Point of View T.J.S. George
Well-being and Well-feeling
What Next? For those who are at career crossroads