Benediction to the Cosmic Dancer Nataraja

Mysore B. Nagaraj, a Kathak exponent, inaugurated the festival and K.V. Murthy, President of VPAC and art patron, presided over the programme.

First day started with Laxminarayan Jena’s Kathak performance. The choreography was impressive. With vibrant nritta and good command over footwork, he captivated the audience. 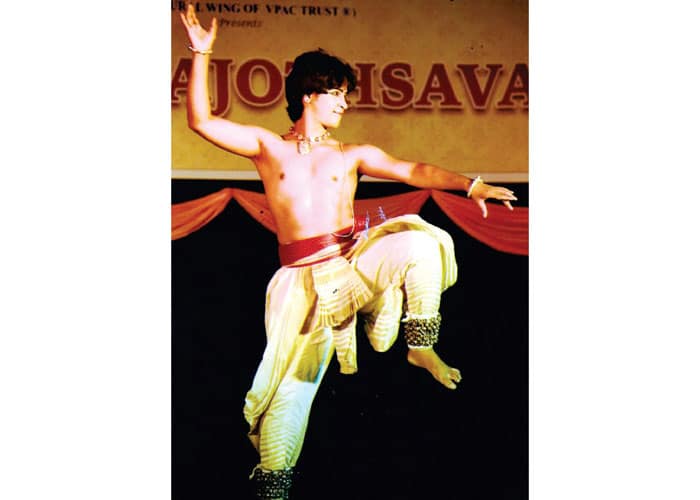 The second performance was a Kuchipudi group presentation by disciples of Dr. Veena Murthy Vijay. They performed a Sandhya thandava in Ragamalika set to aditala. Karanas like Vishnukrantha, Bhujangatrasitha and Garuda plutha were included aptly. A breath taking performance by all the young talented artistes like Abhilash Udupa, Bhavana Anand, Sujay Shanbhag, Gowri Murthy and Vaishnavi. Ramayana Shabdam depicting story of Ramayana in Ragamalika set to aditala. The scenes of abduction of Sita by Ravana, Jatayu Marana and the episode of Hanumantha leaping to Lankaa were exhibited profoundly. The characterisation of Hanumantha with Mandala, Bharamari and Utplavana was vigor and versatile. Taragam in raga Mukhari and Adi tala in praise of Krishna was an impressive dance piece to conclude the performance.

The second day of the festival began with an Odissi recital by dynamic young aspiring artiste, Surajit Som, from Bengaluru, who is the disciple of Guru Sharmila Mukerjee and has dedicated his life for the art form. With the grace of Odissi Dance form he began with an invocation to Lord Jagannath and continues with pure dance item, Arabi Pallavi which is a pure dance and implies elaboration. He exhibited the Odissi techniques very well within a very short time span. An exposition not only of the dance but also of the music that accompanies it. The graceful and lyrical movement of the dancer’s form is supported by intricate rhythm patterns of exceptional beauty. His next item was from Geetagovinda written by poet Jayadeva in 12th-century. Raag: Khamaj Taal: Jati taala. Surajit concluded his recital with Mokshya. Raag: Bhairavi Taal: Ekatali.

Good torso movements, balancing in angika, clarity in every mudra and perfect postures.

The Odissi recital was followed by a Bharatanatyam recital by Vijaykumar from Chennai. He began his performance with a Padavarnam: Konjum sadangai in Ragam: Lathangi set to aditala, composed by Madurai R. Muralidharan — elaborate and intricate jathis, wonderful postures. Then he continued with a Padam: Kanden seethai in Ragam Bageshree, Aditala in Thisra nadai, composed by Arunachala Kavi. The episode of Choodamani Darshana was realistic and expressive. Overall it was a soulful performance. Devotion of Hanumantha was spellbound. He then continued with a Pancharatna Thillana in Ragamalika set to Adi talam composed by Dandayudapani pillai. The performance, a blend of load of energy, brisk and beautiful movements, Bharamari (swrilling movements) and Utplavana (jumps and leaps) at its best. Profound musical ensemble — Nattuvanga by Vid.Praveen, Mridanga by Vid. Lingaraju, vocal by Vid. Deepu Nair and flute by Vid. Krishna Prasad took the whole performance to elite levels. 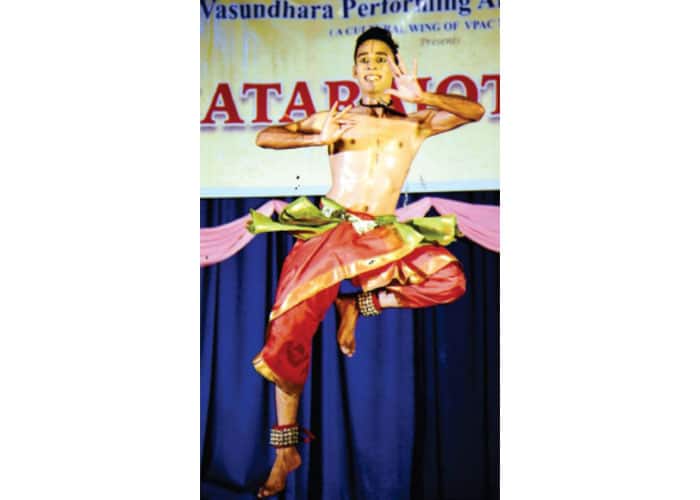 On third day of the festival it was Vikas from Tumakuru to start the evening’s programme with his Bharatanatyam recital. Mallari in Raga Naata set to Khanda atta tala. It was an invocatory item followed by a Ganesha Stuthi. Varnam in Khamach raga set Roopaka tala, composed by Dwaraki Krishnaswamy, a veteran Kannada composer. Unlike any other padavarna it’s a male oriented varna where nayaka yearns for nayikas presence and love followed by a Devaranama Bagilanu teredu by Kanakadasa set to ragamalika, khanda chapu tala. Good efforts to present all the dance items choreographed by his guru Vid. T.S. Sagar. 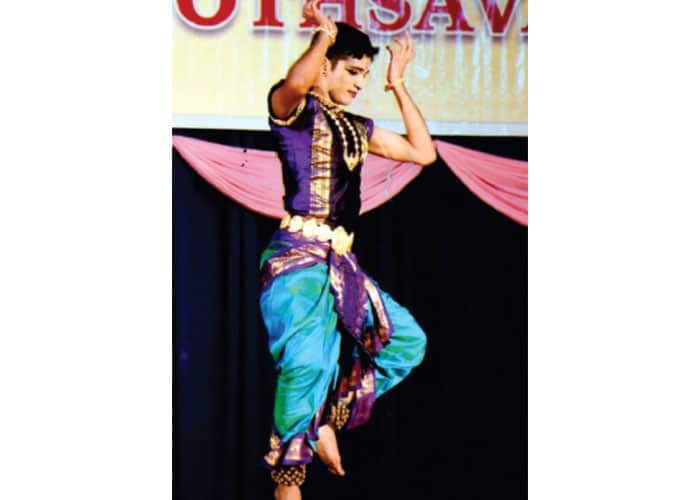 The Bharatanatyam recital was followed by an Odissi duet by Jagyandatta Pradhan and Somali Panigrahi started off with a Mangalacharan which marks the entrance of the dancer on stage in the Odissi style. The dancer invokes the blessings of the presiding Deity, Lord Jagannath for an auspicious beginning. The dancers also offered salutations to Mother Earth, the teacher, the accompanists and the audience. The Mangalacharan included an invocational prayer in praise of the Lord Ganesh. It was composed by Music Composition: Pt. Bhubaneswar Mishra. 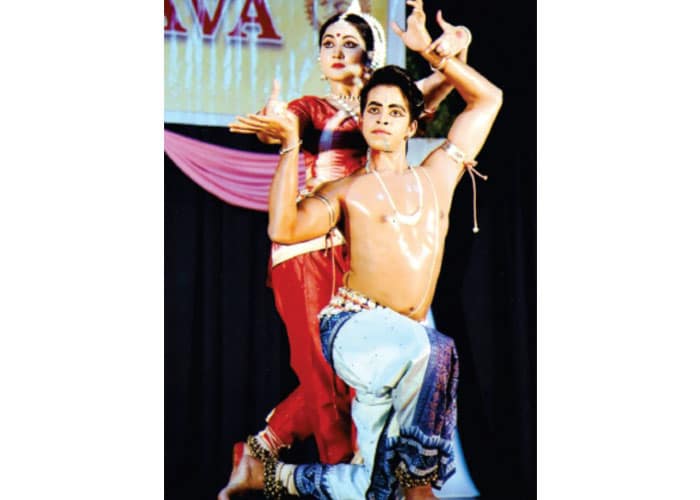 Raga – Bhupali, Taal – Jhampa. They then presented Rageshree Pallavi in Raga Rageshree with an intricate footwork, elaborate movements and expressive melody. The dance is based on the Nritta or pure dance form of Odissi. Pallavi implies elaboration; an exposition not only of the dance but also of the music that accompanies it. The graceful and lyrical movements of the dancers are supported with intricate rhythm patterns of exceptional beauty. Beautiful dance passages run parallel with rhythmic syllables and melodious rendering of a Raga.

This particular pallavi is set to raga Rageshree and Taal Eka Tal. The performance continued with Shiva Panchanka which is a tribute to Lord Shiva in Raga – Patdeep, Taal – Tripata. They were accompanied by Rohita Pradhan on Mardal, Milan Kumar Panda on Vocal and Jagabandhu Nayak on Violin.