Home » News » Beware! Car logo thieves are on the prowl in city 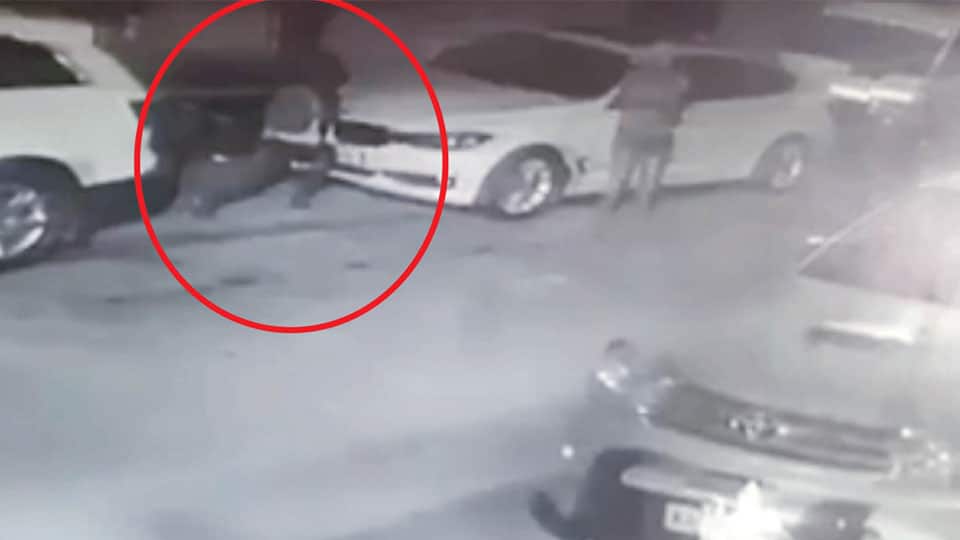 Beware! Car logo thieves are on the prowl in city

Mysuru: It could be kleptomania or a way to make easy money. Imported luxury cars are losing their lustre as Mysuru’s crime sheet adds a new kind of car crooks who steal car monograms and logos. Their targets are BMW, Audi, Volkswagen, Skoda and Mercedes Benz.

Stealing car logos is the newest trend in auto theft in city, especially in areas where mass parking is done like this case that was reported in city last night where the logo of a BMW that was parked in Srirampura was stolen by two thieves. Their act has, however, been recorded by a CCTV camera. A complaint has been filed in Kuvempunagar Police Station this morning.

The owner of the BMW (KA-51-MF-8172) is Congress leader C.N. Manjegowda and he had parked the car in front of his house along with other cars. “My car logo has been stolen twice and this is the third time it is being stolen,” he said.

The stealing act has been captured by a CCTV camera and its visuals show that two youngsters wearing caps jackets and shoulder bags approaching the car.

While one thief makes a hard effort to steal the logo with a sharp object, the other thief surveys the area. The second thief also tries to open one of the side windows but he is unsuccessful. Later the duo walked away with the stolen logo. Usually car owners miss the theft as the most observed spots are tyres for proper inflation or punctures, scratches on the panels etc. It is the unlikeliest thing one will ever notice. The logos cost anywhere between Rs.8,500 to Rs.10,000 and more depending on the brand.

Luxury car showroom personnel say that the logos are costly as they are imported. “We do often get inquiries for logo replacement. Flicking a logo was easy as they are either stuck with a special glue or held in position with clips. “With a screw driver and correct pressure one can remove it without making any damage to the logo,’’ a showroom source said.

If experts are to be believed, youngsters might be doing it for their personal collection. But increasing thefts also hint at the possibility of an organised gang at work. Auto thieves take away monograms, side-mirrors. There is a huge demand for logos as people love to collect them. These logos also have good resale value,” a senior Police officer said.