Home » News » Head Constable assaulted while on duty; one arrested 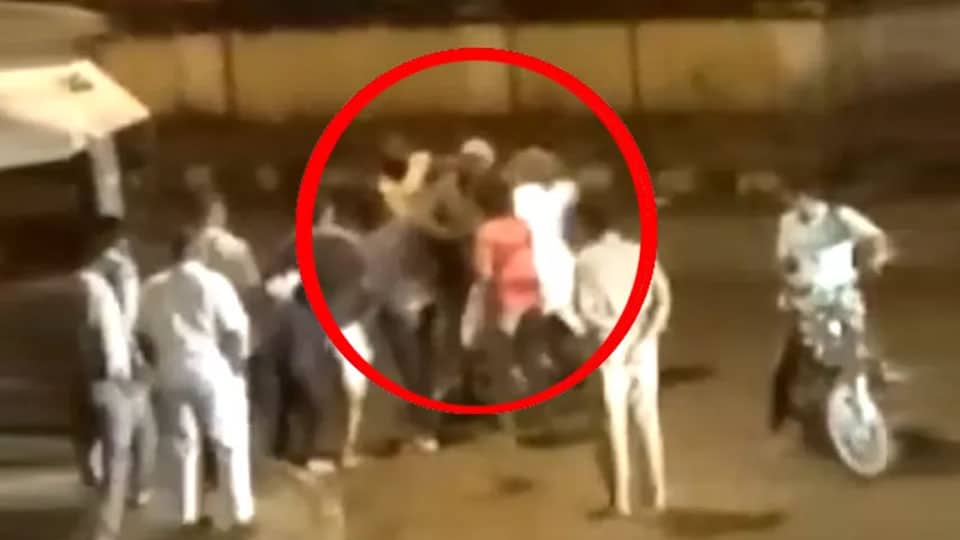 Head Constable assaulted while on duty; one arrested

Police spread dragnet to arrest rowdy-sheeter and his sister

Mysuru: A case has been registered at Devaraja Police Station against rowdy-sheeter Soma alias Somashekar, his brother Chandra and sister Latha for allegedly assaulting a Head Constable on the night of Friday last. The Head Constable was assaulted as he had asked the trio to close the eatery they were running beyond the permissible hours.

Somashekar’s sister Latha and brother Chandru were running a snack shop and eatery opposite the Maharani’s Junior College on Narayana Shastry Road. On Friday at 11 pm, Head Constable Manjunath and Home Guards were on night beat.

The visuals have been captured in a CCTV camera and the trio are seen punching and beating up Manjunath. Unable to bear the assault, Manjunath and his team left the place. A medical examination was done at K.R. Hospital and the injuries sustained by Manjunath are serious in nature.

A case has been registered at Devaraja Police Station by Inspector Prasanna Kumar based on the complaint given by Manjunath and the Home Guards. Cases include assault and obstructing a government servant from discharging his duties. Somashekar’s brother Chandra has been arrested and the other accused are absconding. Police have spread a dragnet to nab them.

Police said that Somashekar was a rowdy-sheeter and a couple of cases have been booked against him and is wanted in many cases. During the last elections, he was externed from the city. His brother Chandra is in judicial custody now.