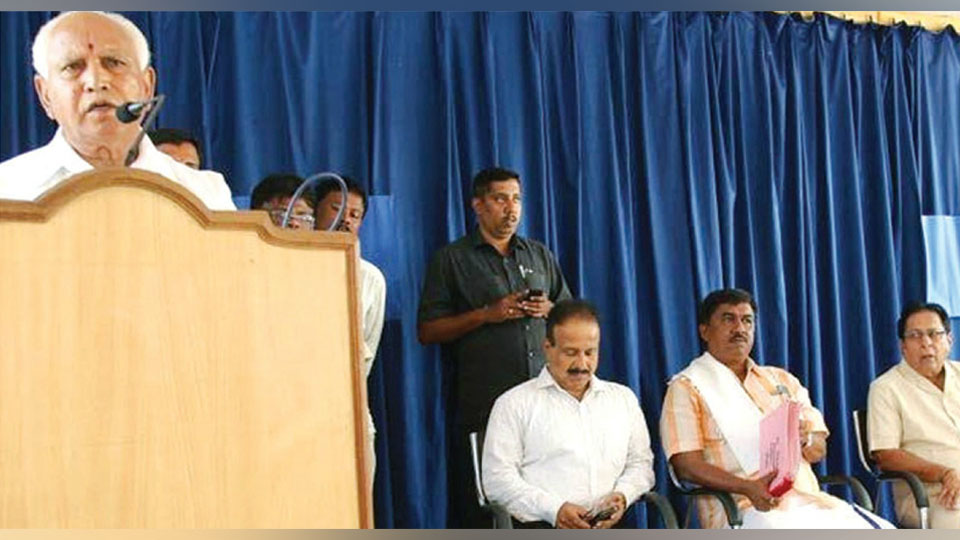 BJP committed to work for betterment of working class: BSY

Maintaining that the BJP was always committed to work for the betterment of the working class and communities, State BJP President B.S. Yeddyurappa (BSY) has said that the Congress had done very little for these communities. Addressing a meeting of Madiwala community members from Nanjangud and Gundlupet constituencies here yesterday, Yeddyurappa said that Madiwala and other vocation-based communities were being politically, economically and academically exploited.

The meet organiser and BJP leader, Raghu Kautilya, likened Yeddyurappa’s participation in the meet to that of Basavanna visiting Madiwala Machideva’s house in the 12th century.

He appealed the community members to vote for BJP candidates in Nanjangud and Gundlupet by-polls.